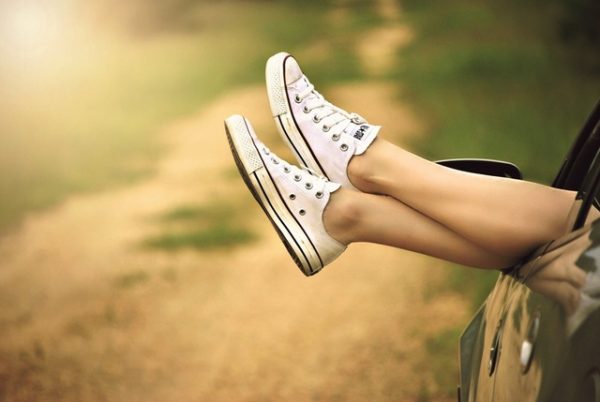 Happiness depends upon ourselves. ~ Aristotle

As our personal and professional lives merge, and our culture moves away from defining job success by hours spent in the office, it will be important to figure out how to better integrate work and life. Resolving this, I’d argue, will likely result in greater happiness and therefore, higher productivity.

Does happiness lead to higher productivity? In fact, some research suggests it does.

In their paper “Happiness and Productivity”  Oswalk, Proto and Sgroi, found happiness made people around 12 percent more productive. According to one of the authors:

The driving force seems to be that happier workers use the time they have more effectively, increasing the pace at which they can work without sacrificing quality (source).

Northwestern University economist Robert Gordon posits that America’s productivity growth, which has already slowed significantly, will slow further due to structural factors such as rising inequality, debt and age. (The Rise and Fall of American Growth) While we’re waiting for the benefits of new technologies to show up in our productivity numbers (as I believe they eventually will) perhaps we would do well to focus some of our efforts on happiness?

Where to start? Never one to hold others responsible for my happiness, I suggest we start with ourselves. I believe others play a role in our lives to contribute to that happiness, but we are the ones calling the shots and we get to decide if we want to be happy or not. Next week we’ll talk more about “practicing” to become happier so stay tuned.

Before checking out I wanted to leave you with data that show how the U.S. compares to other countries when it comes to happiness. Produced from data taken from the 2016 World Happiness Report it looks like we’re 13th. Awesome. Although I’ll leave it to you decide if this chart means anything at all, it’s interesting to note that two of the countries ahead of us, Denmark and New Zealand, also showed up at the top of the World Bank’s ease of doing business index (see here).

Finally, today I’m going to leave you with the song “Ophelia” by the Lumineers’. Off their new album Cleopatra, according to frontman Wesley Schultz

Ophelia is a vague reference to people falling in love with fame. That the spotlight can seem like an endless buffet, but in reality, you’re just shiny, bright, and new to people for a quick moment – and then you have the rest of your life to live. (source)