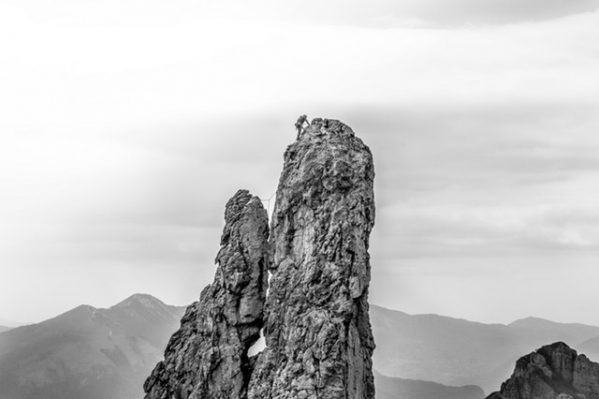 Raise your words, not your voice. It is rain that grows flowers, not thunder. ~ Rumi

I’m an introvert; a trait that has worked against me in my role as a CEO. Not only is there a huge activation barrier to interacting with people I don’t know, but the entire process from start to finish is an energy draining affair. That is not to say I cannot do it (or at times, do it well), it’s just that unless things are set up for me in such a way to accommodate this, I would choose anything else over meeting a bunch of new people.

There are many things I have done over the years to work around this issue, however, most of my improvement in this regard has come as a result of a friendship with someone who, on the surface at least, I don’t have much in common with.

Barry Harvey is 30 years my senior, with a successful and storied career as a cyclist and businessman. By the time I met him for the first time, it was clear he wasn’t slowing down anytime soon.

Although it’s not for me to explain where his drive comes from, much in the way that Ulysses spoke to Achilles in Shakespeare’s Troilus and Cressida:

For time is like a fashionable host
That slightly shakes his parting guest by the hand,
And with his arms outstretch’d, as he would fly,
Grasps in the comer: welcome ever smiles,
And farewell goes out sighing.

I cannot help but imagine that there is someone continually whispering in his ear:

Life is short – Get back out there.

See, the only voices in my ear are those that remind me to pick up milk on the way home. To that end, suffice it to say Barry and I are a bit different from each other. We have different tastes, ways of looking things, and ways of interacting with the world around us. It’s precisely because of some of these differences (my short list is below) that I’ve become a better person for knowing him. 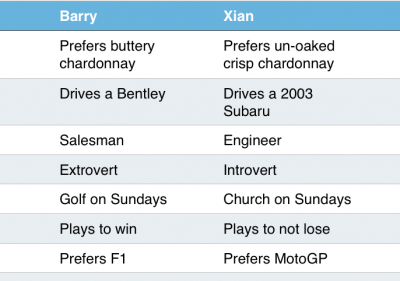 Over dinner one night with him and his long time collaborator Renata in Venice Beach, I remember him getting serious for the briefest of moments to say:

You need to get out there. You’re ready.

By that he meant I had to figure out a way to get outside of myself and in front of the business; and that, because our company already had a great rhythm section, all it needed was some direction to succeed. From that moment on, probably because I really was ready, I’ve been intent on improving so my introversion doesn’t hinder my performance as CEO of Evaero.

Although only time will tell whether the changes I’ve made will benefit Evaero, today I can honestly say that regardless of what life throws at me, I’m much happier than I’ve ever been, something I attribute directly to the things I learned from Barry.

I’ll forever be thankful to him for words of encouragement, advice, and good times we’ve shared together over the years. More than anything though, our relationship, absent of familial baggage, has helped me come to terms with aspects of my relationship with my own father, another man who, to this day, is still out there: pushing, driving, and moving forward.

As I write this I cannot help but be reminded of some lines from the song Papaoutai by the Belgian singer-songwriter Stromae:

On that note, with a glass of Rombauer Carneros Chardonnay (dammit, Barry) calling my name, I think this is a good time to check out for the week. Before I leave, how about some music?

Barry recently informed me that his talented musician grandson Oliver had an opportunity to play at that pantheon of music known as The Glastonbury Music Festival. While I was checking out the truly epic lineup for new music, I was surprised to see the 90s band The Mavericks in the lineup. So glad they are back and playing music. I always liked the way they fused latin, rock, pop and country – very much an underrated band. In any case, until I have a chance to sample some of the other music featured at the festival, I’m going to leave you with The Mavericks singing their song “Pardon Me” off of their 2015 release Mono. I like the way the song leads you along to what you think will be its logical conclusion until it ends with: