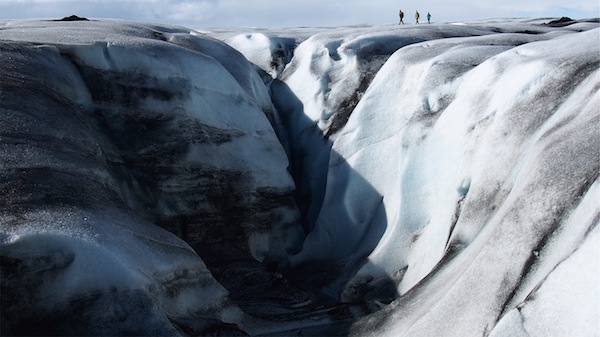 Trying to get everyone to like you is a sign of mediocrity. You’ll avoid the tough decisions, and you’ll avoid confronting the people who need to be confronted. ~ Colin Powell

When I started the Manufacturing Peace of Mind™ blog I assumed (correctly) I would encounter people along the way who would disagree with my ideas and take the time to respond and express their feelings. Indeed, being a fiscal conservative with a libertarian bent – if someone on one side of the aisle was happy with something I wrote, more often than not, someone on the other side was decidedly not happy. Surprisingly though, whether it be because I have comments turned off or because I cover a broad range of topics, most of the criticism I’ve received over the years has in fact, been polite and restrained.

Regardless of the perspective taken by the sender, unless someone starts it off with something like “Hey Asshole,” I not only read and respond, but also try to learn and grow from the experience. Much like music, over the years I have found the more I listen to the voices of others, the more I learn to appreciate other perspectives within our shared humanity.

As to those emails that are less than polite and restrained, I don’t frankly view them much differently than the reaction of someone who grew up on country music hearing their first heavy metal song (or vice versa). It might be jarring at first, but then one can grow to understand it. Truth be told, years back that was me. Having grown up on Elvis and Cash I just didn’t get heavy metal. That is, until a guy I worked with at Sandia National Laboratories (a machinist named Rob) passed along the album S&M which featured heavy metal giant Metallica in a live concert with the San Francisco Symphony. Suffice it to say, I was blown away and today I’m just as likely to reach for a Metallica album as I am Beethoven when I need to work out “issues.”

Oh, so many issues.

Last week I advocated for the creation of a viable third party and I received an above average number of emails in response which will prompt further coverage of this topic in the future. I couldn’t agree more with one reader’s appeal that

We all need more discussion and listening.

The problem is, much as with music, learning to appreciate voices that are different from those we’re used to takes a whole lot of practice and patience. Complicating matters further is we tend to gravitate towards what we’re comfortable with hearing, making it incredibly difficult to set aside homegrown assumptions long enough to convince ourselves those dissenting voices are even worth listening to, even if only for the briefest of moments.

So what’s the answer?

A friend, bass player and writer Ed Friedland, once told me that “bass players are the chosen people.” When pressed, he went on to say:

Look out at the audience. See all those heads going up and down at the same time? That’s not because of the guy with crazy hair yelling and screaming at the front; that’s because the rhythm section is in the background doing its job.

And in that, my friends, I believe there is timely wisdom.

If you want a bunch of people to listen with heads nodding up and down, you better have a strong rhythm section in the background supporting the music. Whereas in music it’s all about the drummer and bass player, in our government it’s all about the Senate and House of Representatives.

In other words, if the rhythm section of our government – the institution we in America refer to as the legislative branch – isn’t working it doesn’t matter who you throw up on the stage in the executive branch, the voters (i.e., the audience)  are not likely to be nodding heads together in agreement.

Unfortunately, as evidenced by the healthcare debate, the legislative branch isn’t working and while many would like to blame our current administration for this state of affairs, the fact is they haven’t been making beautiful music for a long time.

While there are many who hold out hope the Senate and House of Representatives will find their way again, as noted last week, I for one believe a viable third party would go a long way to provide a push in the right direction.

And if that doesn’t work? Thankfully there is always Metallica.

On that note, I wanted to leave you with the chosen one (to replace former bassist Jason Newsted), Metallica bassist Robert Trujillo, playing with classical guitarists Rodrigo and Gabriela during a 2014 encore performance at their performance at Red Rocks. When I have a chance, I’ll be sure to fill out our ever expanding Manufacturing Peace of Mind™ Spotify playlist with some of their music and throw some Metallica in for good measure!