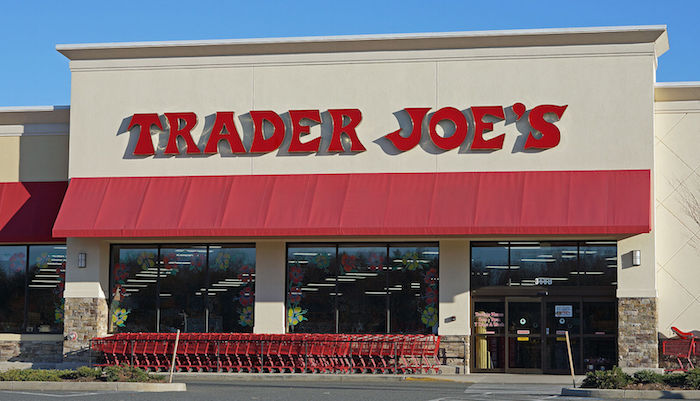 Kind words can be short and easy to speak, but their echoes are truly endless. ~ Mother Teresa

Longtime readers of this blog will know I’m a big fan of Trader Joe’s. (Here, for example, is my risotto recipe which uses ingredients that are all sourced from TJ’s.) Which is why, when I learned about the newest edition of the Freakonomics podcast featuring TJ’s (h/t BC) I gave it a listen on a recent drive to Phoenix.

“Should America be Run by Trader Joe’s” opens with the following hypothetical Shark Tank pitch delivered by business professor Michael Roberto in a lecture:

Of course, the expected response from students is there is no way anyone would invest in such a stupid idea. Roberto then tells everyone that such a business already exists in the form of Trader Joe’s and that it is absolutely crushing the competition. That’s because not only are their sales per square foot an industry best by a long margin (Business Insider), but it’s also ranked among the best American companies to work for.

Many of the reasons for Trader Joe’s success are cited in the podcast, including the large number of employees in each store that are all encouraged to interact with customers and empowered to:

Do what it takes to makes customers feel appreciated and wanted.

Although worth listening to in its entirety, one aspect of Trader Joe’s that isn’t captured in the Freakonomics podcast is how its focus on their core values influences their growth.

Consider for example the following quote from their CEO Dan Bane which was featured in their own podcast (h/t Forbes):

We’re targeting to open 30 to 35 stores a year in the 48 states. Our only thing that holds us back is having the right number of captains and mates to open up great stores. So, we won’t open a store just because we can, we want to open a store that is run by the right kind of people doing the right kinds of things … that’s really important to us. (Inside Trader Joe’s episode 5)

Imagine that, a CEO who won’t grow his company until he’s convinced that he’s got the right people on board to serve its mission, values, and customers. Indeed, with a mindset like that, it’s little wonder customers line up around the block when stores first appear in their community (Naples Daily News).

Before checking out for the week and leaving you with a new piece of music for the Manufacturing Peace of Mind™ Spotify playlist, here are a few other facts about Trader Joe’s you might be interested in (from Inside Trader Joe’s and Forbes):

As to the music, here then is Edward Sharpe & The Magnetic Zeros with their upbeat feel-good song “40 Day Dream.” The video (of the song) is the third installment of their movie musical called “Salvo!” which arose out of their 2009 album Up from Below. Hope you like it.