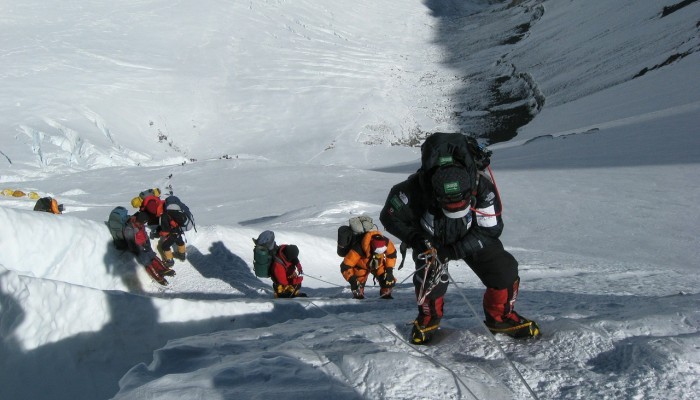 As discussed last week, meetings have apparently displaced a lot of time that we used to use to get things done while at work. Furthermore, ask any long-time employee of a large organization if they recall being in so many meetings when they were younger and you’ll find they mostly recall spending more time working and less time in meetings. What happened? Why are so many of us spending more time in meetings than we would have 30+ years ago?

I remember working at a restaurant in Klamath Falls, Oregon as a dishwasher. Late Friday nights were accompanied by a rapidly growing pile of dishes and cookware, clouds of steam from the dishwasher, and faith that the dishwasher wouldn’t breakdown. As the rhythm of the kitchen picked up, so too did the amount of dirty pots and pans requiring hand scrubbing until a point was reached when it felt like I was working so fast, everyone around me was standing still. And then, as quickly as it began, it was over: the late night rush had come to an end.

Thinking back on that moment, covered from head to toe in food product and beginning the long process of winding things down, I remember wanting for some sort of validation. Having just climbed the Mt. Everest of dishes in shimmering solitude, I felt a strong desire to commune: to have a smoke and a drink with co-workers before leaving that mountain of sorrow behind.

Being a dishwasher is a lonely job. But so too are many of the jobs that have been created over the last 30+ years in response to an economy that has grown increasingly complex and commoditized. Allow me to explain: As companies have reorganized to be more efficient, many jobs have become specialized and far removed from the core processes of the business. As a result, many of us find ourselves toiling away in shimmering solitude with our own Everest stories to tell, and a need to feel that those stories have some larger purpose or meaning.

Meetings serve as a great place to do that.

A couple of years ago during our monthly 121s, a colleague told me she and others were struggling with their workload and asked if we could work towards reducing the amount of time we spend in meetings. If you’re the person responsible for calling the meeting, such a request can be a bit unsettling; especially, if you are under the impression they are the highlight of everyone’s day.

Once you manage to get past this it doesn’t take long to realize meetings ≠ working and most of the folks in your organization feel the same way. And then? How about this for starters:

Stop having so many meetings.

Easier said than done for sure – in next week’s post I’ll share some of the things we’ve done to reduce the need for meetings. If you cannot wait that long and are starting to wonder about the early morning staff meeting you just called, let me offer a suggestion.

Email the folks you’ve requested to attend, ask them what their favorite morning drink/pastry is, and inform them that instead of meeting tomorrow you’re going to take that time to pick them up some goodness. Trust me when I say they’ll make better use of that time than they would have sitting in your meeting.

Until next week, in case you don’t know them, let me introduce you to the band Moon Hooch. They have a new album out called “This is Cave Music” and their music is a cool fusion of jazz and funk. Here they are a long way from the subway platforms of Brooklyn where they used to play…hope it puts a smile on your face.

PS. It’s Thanksgiving. We will resume with the last in the series on meetings Thursday, December 4.