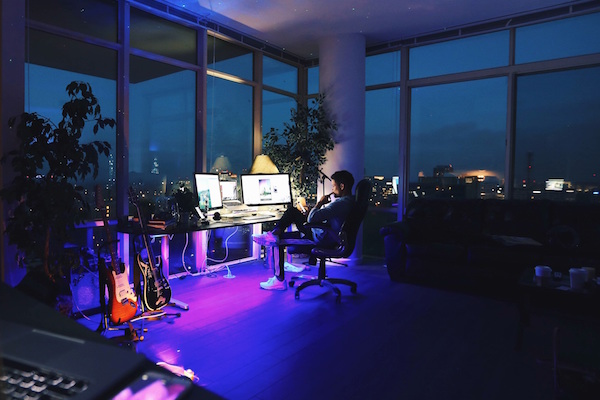 People can change anything they want to, and that means everything in the world. ~ Joe Strummer

I’ve worked with many people who get paid more than I pay myself and one thing I’ve often struggled with, is seeing them take on a high paying corporate job, and work many more hours than they did before. I understand better than most that work and deadlines can disrupt a standard 40-hour workweek, still, over the next few articles I’d like to lay out an argument of why, as a general state of being, this doesn’t make a whole lot of economic sense.

First, let’s look at who we are talking about. Some are like those described by Nigel Marsh in his book Overworked and Underlaid:

Thousands and thousands of people out there leading lives of quiet screaming desperation where they work long hard hours at jobs they hate, to enable them to buy things they don’t need, to impress people they don’t like.

Others are happy professionals who thoroughly enjoy their work and, despite the risks, enjoy living a life of singular focus.

Before getting into my arguments, let’s look at some facts. This plot below (courtesy of my recently returned from Asia officemate James Spezeski) illustrates the ratio of quits to layoffs (close to two), making it apparent that competition for talent amongst businesses is fierce. To that end, if your job is sucking your soul, now is a great time to consider other options.

On that note, before I check out for the week, how about some music?

In February of 2013, Seattle’s KEXP DJ John Richards decided one Clash song wasn’t enough so he created International Clash Day, a tradition they’ve carried on since. And so it was that on Tuesday February 7th, with the help of former KEXP DJ and now Tucson KXCI DJ Hannah Levin, we in Tucson also participate in the celebration.

Levin said the following about the event, echoing the sentiment of an earlier piece (The Power of Music):

Now more than ever, we need to be embracing a sense of a community that welcomes people from all walks of life and celebrates the type of fearless art that brings us together, rather than divides us. Music has a visceral power to do that which few other art forms have, so my hope is that in addition to enjoying an avalanche of invigorating Clash-related programming, we inspire listeners to become more deeply engaged with our community around issues of social justice and freedom of expression. (source)

Nothing like a day of listening to the Clash to convince us that values do not die just because election results might be interpreted as rejecting them.

Can it get any better?

Oh but wait, yes it can.

While writing this, I learned that Tucson’s mayor, Jonathan Rothschild, issued an official proclamation declaring February 7th to be International Clash Day in Tucson.

How cool is that?

Until next week then, here (and on our Manufacturing Peace of Mind™ playlist ) is the Clash with their song “Know your Rights.”