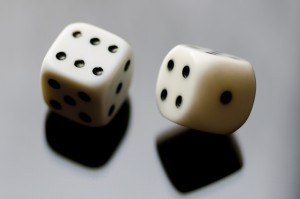 What can be added to the happiness of the man who is in health, who is out of debt, and has a clear conscience? – Adam Smith

Thanks for all the feedback from my last blog. Apparently the following line from the piece struck a chord with many of you:

I am a voter without a party and this is a problem. Because I am one of many.

In response to the postscript in my piece some of you asked me to articulate why I believe Mike Bloomberg would be a great candidate. Having pushed the boundary between measured and unfiltered authenticity a wee bit more than I am comfortable, I’m going to respond to those particular requests via email rather than here. I do however, want to pass along a comment made by one of my readers who said that she would:

Vote for Mike Bloomberg regardless of which party he was in.

Coming from someone who probably doesn’t share my views on trade or fiscal matters, I thought this was a telling statement. Regardless of which side of the aisle you are on, I think we can agree we have some incredibly difficult challenges ahead and we need to get back to doing the hard work of setting aside ideological differences so we can work together for the common good. Hopefully, whoever is elected, regardless of which party, will inspire us to do exactly that with a clear and concise vision of where our country is headed.

Ok, back to the business of Manufacturing Peace of Mind™…

These days there seems to be no shortage of folks who like to talk about “winning,” be it managers climbing corporate ladders, business consultants, or candidates running for office. I’d guess it’s fair to say most of us would rather win than lose, but my general impression is more of us should think about how not to lose rather than how to win. Consequently, over this and the next few blogs, I’ll share some lessons relevant to those of you who want to “play to not lose.”

New York Times reported in 1922 (h/t Slate) that a “new popular idol” was rising in Bavaria. To “Bavarian mentality,” he was a “strong active leader with horse sense” that talked “rough.” What were the chief points of his program? It turns out his program was of

less interest than his person and movement

and consisted chiefly of a

half a dozen negative ideas clothed in generalities.

And what did he want to accomplish? According to the article, “he probably does not know himself” and stood only for:

A strong united Germany under a strong Government.

Although my parents weren’t around to experience the mentioned “gray-shirted army” that silenced opposition (i.e., the Twitter operatives of the day), along with millions of others, they were forced to contend with the consequences of a war that had been founded on fervent nationalism and hatred by the “idol” noted in the 1922 article. My father’s father would end up starving to death in a Russian prison; my mom would end up spending time in an orphanage; and both grew up with very little (my mom even less than my dad). And, they were the lucky ones.

My parents don’t talk much about their childhood, and have offered little in the way of advice or guidance to their kids. In fact, while growing up my father gave me only two pieces of advice and the third I inferred from the few historical events of their childhood I was privy to:

What my parents lacked in terms of advice or guidance, they made up for in spades by setting a really good example to their kids. Indeed, keenly aware of how random events can quickly upend your life I realize now they served as a model for how to not lose by building optionality** in their lives. Although there were many lessons learned, here are the three most important and in fact, lessons I’ve built into my life and business:

I plan on covering each of these in detail over the next few blogs. Before checking out for the week I’d like to add to our ever expanding music collection (Spotify playlist here) and introduce you to Boston’s super cool Lake Street Dive. Being a part-time single parent, I missed their show in Tucson, but I did have a chance to see them play with the ever awesome Lucius at Tipitina’s in New Orleans. The song I’m leaving you with is one of my favorites. Titled “Call off your Dogs,” here are some of the lyrics:

We got turned around, but we could spin it
Call off your dogs
What’s with the wall?
If we’re strong, we can win it
One word can begin it

*I realize marriage counselors would probably disagree with my father’s advice on this matter, but I’d respond with this telling argument: We just celebrated my parents’ 50 year wedding anniversary this week.

**Nassim Taleb’s book Antifragile: Things that Gain from Disorder has a great discussion about optionality. See also my discussion concerning Failures of the Unpredictable Catastrophic Kind (acronym left to you).