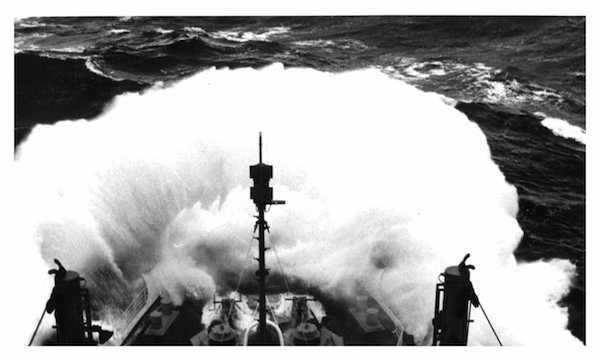 We are not enemies, but friends. We must not be enemies. Though passion may have strained, it must not break our bonds of affection. The mystic chords of memory will swell when again touched, as surely they will be, by the better angels of our nature.  – Abraham Lincoln

From the day I started this blog, I wanted (and still want) it to be an authentic reflection of who I am and the company I run. But there is a fine line between authenticity and unfiltered authenticity – this is a balance I attempt to strike each week.

My job as CEO is to manage risk and maintain a functional balance between all those who are concerned with what Evaero does to deliver complex machined aerospace parts on time every time: my family, our business partners, employees, shareholders and my community. A little too much authenticity and I guarantee – the balance will be upset. For this reason I’ve gone to great lengths to adhere to my maxim of “measured authenticity.”

I reiterate these thoughts because today I am perhaps testing that fine line between measured and unfiltered authenticity. If that is the case, hopefully I’ll be forgiven for pushing the boundaries a bit as I share some thoughts inspired by recent events. The truth of the matter is, I am a voter without a party and this is a problem. Because I am one of many.

Let’s explore some interesting statistics. Most small business owners lean Republican (39 percent Republican, 22 percent Democrat, and 29 percent Independent). Having said that, an astounding 82 percent of business owners claim to not vote along party lines and so the story is in fact much more complicated:

This quote describes me perfectly, for example, I couldn’t will myself to vote for Bill. My own case is even more complicated given that I used to proudly call myself a Republican. Indeed, as someone who counts Lincoln as a hero and considers himself to be a pro-trade fiscal conservative with a deep commitment to personal liberties, from an early age, the Republican party seemed like a perfect fit. “Seemed.”

With the GOP scrambling to figure out ways to derail their current front runner and my sincere hope they find their way again, I thought I’d highlight some things on my party wish list in case any of them are reading this blog.

Item 1: I want a party that refuses to give in to fear and hate.

Being from Jersey and having a dad who was a machinist made it easy to have a personal connection to the words and music of Bruce Springsteen. In his song Badlands Springsteen wrote: 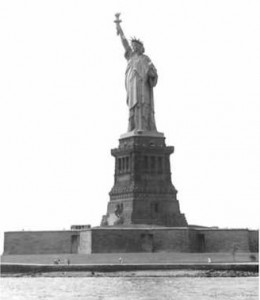 While it’s true the United States of America continually wants for improvement, the founders saw to it with the Constitution and the Bill of Rights that America wouldn’t need to be made great again. Indeed, as long as we don’t allow fear and hate to undermine the foundation of the dream that was started on July 4th, 1776, I think America will be just fine.

Item 2: I want a party that understands capitalism needs a referee.

Some years back a Tucson fire marshal stopped in to Evaero for a surprise inspection. We have electronic door locks and he insisted I turn the main power off to my entire facility to make sure the doors wouldn’t lock people inside if the power went out during a fire. Suffice it to say, I protested because of all the equipment that had to be turned off and thought the exercise was unnecessary. The system is on backup power, after all.

After turning off the power, we learned that, with the main power off, the doors could not, in fact, be opened from the inside.

Despite my belief that the competitive marketplace is an effective regulator of economic activity, as evidenced by the outcome of the fire inspection, society as a whole clearly benefits from some forms of regulation. For this reason I’d like a party that is willing to engage in a substantive debate on how best to referee the competitive marketplace rather than a party that refuses to engage in the debate at all.

To be clear, there is plenty of room for debate.

I for one, want a system that is modeled after soccer rather than American football; that is, I want a free flow of goods and services with minimal intervention and a referee holding players accountable with yellow and red cards (provided of course the outcome favors the University of Arizona). I don’t however, want a regulatory framework that undermines ethical standards and erodes our practical wisdom by substituting compliance for values.

As noted, there is plenty of room for debate but debate we must, for ultimately, whether we like it or not, we all bear collective responsibility when well intended systems fail to serve those they are intended to protect.

Item 3: I want a party that appeals to the better angels of our nature.

Over the next decade and beyond there will continue to be massive upheaval in the jobs market and, in contrast to what some may have been led to believe, it won’t be because of bad trade deals with Mexico or China. Rather, it’s largely because of evolving technology that manufacturing companies need far fewer people today than they did just a few years ago. Evaero, for example, needs 30 percent fewer people to do the same amount of work than it needed just six years ago and I can assure you this change had nothing to do with our brothers and sisters living in Mexico or China.

The fact is, few regular jobs exist today that won’t be replaced in some capacity by computers in the future. Furthermore, entire industries will be upended or will simply cease to exist as new technologies replace old. Just like the taxi and hotel industries are being disrupted by companies like Uber and AirBnB, precision machining companies like Evaero are being challenged by companies that provide additive manufacturing services such as 3D printing.

I take heart knowing the jobs going away today will eventually be supplanted with jobs that do not yet exist. At the same time I realize hope and optimism for the future are not going to help a $20/hour factory worker put food on the table after being laid off today. Not only is it going to be hard to find a new job (especially if you live in an area with limited options) but the jobs currently available are not likely to pay nearly as much and will offer little in the way of benefits, regular schedules, or overtime.

There are some who want to fix this problem by elevating the minimum wage. I’ve written about that elsewhere and, while being well intended, I have some concerns (kindly read my articles here and here before flaming me).

There are some who would rather serve up moral platitudes than offer ladders to those trying their best to climb out of wells of despair that are not of their own making. To those I’d offer up some words from another hero of mine, Martin Luther King:

Finally there are some who have attempted to cast this as a debate between the rich and the poor; the one percent and the 99 percent; the haves and the have nots. Regardless of which side of this debate you fall on consider what MLK had to say in what would be his last Sunday sermon when he reflected on the parable found in Luke (16:19-31) about the “Rich Man and Lazarus.”

Referring to the rich man as Dives, MLK references the conversation between Abraham who was in heaven and Dives who was in Hell:

Now Abraham was a very rich man. If you go back to the Old Testament, you see that he was the richest man of his day, so it was not a rich man in hell talking with a poor man in heaven; it was a little millionaire in hell talking with a multimillionaire in heaven. Dives didn’t go to hell because he was rich; Dives didn’t realize that his wealth was his opportunity. It was his opportunity to bridge the gulf that separated him from his brother Lazarus. Dives went to hell because he was passed by Lazarus every day and he never really saw him. He went to hell because he allowed his brother to become invisible.

Undoubtedly the changes that are currently underway in our global economic system will continue to result in upheaval, suffering, and economic hardship for many. However, so that these changes don’t become a precursor for the spectre of extremism, I want a party that refuses to allow our brothers to become invisible and instead appeals to the “better angels of our nature.”

Images above taken by my father on his immigration voyage to America at age 18.