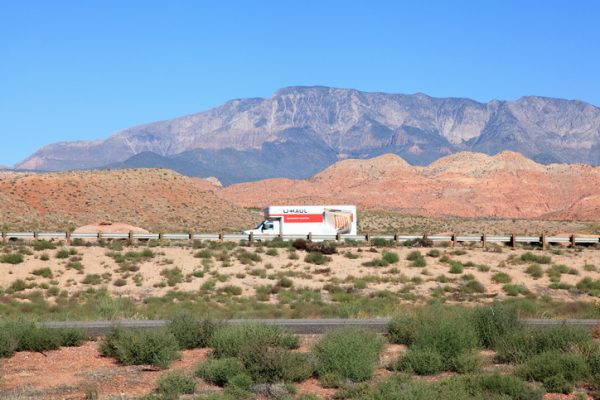 We hillbillies must wake the hell up. It starts when we stop blaming Obama or Bush or faceless corporations and ask ourselves what we can do to make things better. ~ J.D. Vance

As I wrote about the high cost of housing in Los Angeles and some of the issues responsible for it, I couldn’t help but think of Kevin Williamson’s compelling article in the (conservative) National Review titled “Chaos in the Family, Chaos in the State: The White Working Class’s Dysfunction.” (March 28, 2016)

In reference to folks who are barely hanging on in communities that have been hollowed out by forces of globalization and technology, Williamson notes:

The truth about these dysfunctional, downscale communities is that they deserve to die. Economically, they are negative assets. Morally, they are indefensible. Forget all your cheap theatrical Bruce Springsteen crap. Forget your sanctimony about struggling Rust Belt factory towns and your conspiracy theories about the wily Orientals stealing our jobs….What they need isn’t analgesics, literal or political. They need real opportunity, which means that they need real change, which means that they need U-Haul.

Reflecting on their own experiences, I suspect my immigrant parents would likely agree with Williamson’s sentiment. Finding little in the way of opportunities in the towns of their war-torn childhoods, they packed their bags and moved to America.

After making their way through immigration, my father (and two of his “schulkameraden”) ended up renting a room above a New Jersey diner owned by a Greek immigrant family that welcomed him as part of their family (to this day, my father has a soft spot for Greek food, culture, and people). My mom on the other hand, had a slightly more comfortable landing when she wound up getting a job as a nanny for a wealthy family who lived next to the Kennedys in McLean, Virginia (Hickory Hill).

Once settled in, it didn’t take too long before they were both on the move again as opportunities continued to present themselves. They eventually made their way to Arizona where, despite the heat, scorpions, and rattlesnakes, they finally ended up settling.

While my parent’s story, and the stories of others*, supports Williamson’s notion that residential mobility will contribute to resolving the dysfunction, I can’t help but think about the folks in his piece. In light of the high cost of housing, I find it hard to believe the road to prosperity (much less a parking spot for their U-Haul) lies in Los Angeles or many of the other hip, expensive, over regulated urban areas that have benefitted from our new economy.

What’s more, I’ve spent my entire life around folks in factories and farms who like working with their hands. Even if we could address the housing gap, I find it difficult to imagine they would find much satisfaction working in an office cubicle.

So where does that leave us?

If, in fact, a U-Haul is part of the solution, my sense is a better pivot point for those wanting to make the transition will be found in less expensive midsize cities; especially, those with a strong sense of community, a good bus system, and educational institutions committed to workforce development, apprenticeship programs, and regional businesses. Of course, as hinted at in the quote above by the author of Hillbilly Elegy: A Memoir of a Family and Culture in Crises, if folks cannot get past blaming others, it’s going to be hard to stop gazing wistfully on the closing doors of the past long enough to see the doors of opportunity opening ahead of them in cities all across America.

Before I head out, how about some music for our ever expanding Manufacturing Peace of Mind™ playlist? Writing about Rust Belt towns I couldn’t help but be reminded of the Pittsburg band Rusted Root, a band I was introduced to in the 90s by a friend who dated someone in the band. Here they are singing their well known song “Send Me on My Way.”