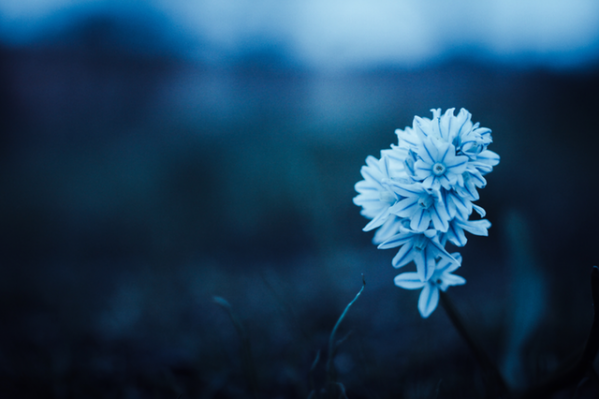 There are no accidents. And if there are, it’s up to us to look at them as something else. And that bravery is what creates new flowers. ~ Prince Rogers Nelson 1958-2016

In reference to my article last week on taking care of yourself to building optionality in your life, and therefore playing “not to lose” (rather than for the win), I want to show you one way we put that into action at Evaero with a wellness program designed to empower its employees.

We’ve in fact supported a wellness program for many years and, although financial conditions inevitably dictate funding levels, even in the worst of times, we’ve managed to maintain it at some level. Indeed, along with saving for retirement, it’s one of the two areas I’ve given myself permission to serve as more of a nagging parent than a CEO.

I’ve talked with other CEOs who have considered starting wellness programs in their own organizations and I’m usually asked the following legitimate question:

What’s the return on investment?

To illustrate my thoughts on the matter, here is an email I received from one of my staff in 2012:

As a result of the Evaero wellness program my success has motivated, not just D—, but a number of our friends to make improvements in their lives. It’s been very rewarding for me to see the “ripple effect.” Your wellness initiative has impacted more people than you will ever know.

Now that is what I call a return on investment.

Equally important, by fostering an environment that promotes wellness, we’re helping our employees craft their own “play to not lose” playbook. To convince you of this, let me tell you a story about Evaero’s smoking cessation program.

First, a little background to put things in a cultural context.

I think you’ll agree that nothing transports you back to childhood faster than the sense of smell, whether it be the scent of the crayons your kids are coloring with, a fragrance worn by someone passing by, or a dish cooking in the oven. A number of scents do that for me (including some of those just mentioned) but few serve up a richer set of memories than that of machine oil intermingled with cigarette smoke.

Walk through the door of any manufacturing company that does CNC machining and you’ll immediately be struck by a unique smell of metal working fluid that is used in the machining process. Because metal working fluid is atomized and sent airborne as cutting tools spin many thousands of revolutions per minute while cleaving metals apart along their atomic seams, it’s impossible to leave a shop without being coated from head to toe in a fine layer of hydrocarbon aromatics*. As a result, for those of us in the industry who go home to our families coated in oil, it’s a smell that will likely trigger memories of our existence long after we’re gone**.

So how does the cigarette smoke figure into the memories?

When I was a kid, my father would often take me to work with him on Saturdays so I wouldn’t distract my mom while she was doing stuff around the house. Keep in mind, in those days, a child doing hot laps in the parking lot with a forklift elicited wagers and cheers rather than a visit from child protective services. With that said, once at work, my father would immediately immerse himself in whatever project he was working on and I’d be left to my devices in a manufacturing plant filled with adventures.

Although busy with adventures, I couldn’t help but notice that at the time most of the machinists were smokers. As a result, a trip to the plant didn’t just expose me to the smell of machine oil but also the byproducts of cigarettes: smoke in the air, smoke on persons and their clothing, and the dank smell of cigarette butts saturated in machine oil – all of which combined to produce a sensory overload I remember to this day.

Manufacturing and Smoking – Changing the Norms

Clearly smoking at the workplace is less prevalent than it once was, however, according to the CDC, 19.6 percent of all working adults still smoke cigarettes. Within the manufacturing industry ( I do not have specifics on machinists), those numbers are significantly higher (23.2 percent vs 19.6 percent) and a staggering 26.1 percent of those involved in production smoke.

As you may see, the cultural norms within the industry certainly don’t discourage smoking and in fact, may even encourage it. As a result, considering the impact smoking has on productivity, health, and take home pay as well as how difficult it is to quit, I knew I wanted to sponsor a smoking cessation component of the wellness program to discourage smoking in the workplace***.

The result? Although it took a longer than expected to get there, today, not one single Evaero employee is a cigarette smoker.

The ROI of a Smoking Cessation Program

Our best machinist, a lifelong smoker, managed to quit. Several years later, he would have a horrible accident that left many wondering if he’d survive. Survive he did, and I would later learn from one of his kids that, according to his doctor, had he still been a smoker at the time of the accident it probably would have killed him.

Today, in addition to still being one of our valued employees, he gets to spend lots of time with his new grandkids. How’s that for an ROI on a wellness program?

Obviously there are costs associated with a wellness program but, as I hope to convince you next week, you don’t have to spend much money to make a difference. Indeed, given how perpetually resource-strapped Evaero is, the industry we serve, and our demographic, trust me when I say, if we can do it so can you.

Before closing things out, I would be remiss in not mentioning the passing of Prince at the age of 57 last week. As you can see in this clip of him playing the final guitar solo (starts at the 3:29 minute mark) during a memorial tribute to George Harrison at the 2004 Rock and Roll Hall of Fall inductee ceremony he was a virtuoso. And here he is showing up on the back of a big bearded guy (at the 2:15 minute mark) acquiescing to Mr. Brown’s command: “You gotta do something.”

Joining James Brown onstage, doing James Brown, paying homage, but doing it his way, and eliciting a smile of astonishment from the Godfather of Soul ( David Remnick of the New Yorker).

One of the things I always thought was cool about Prince was how, despite his fame, he remained grounded in his hometown of Minneapolis. Jim Olson, the sheriff of Carver County, where Prince’s estate was located, expressed his sentiment in the New York Times :

To you, Prince Rogers Nelson was a celebrity. To us, he was a community member and a good neighbor.

In addition to writing, producing, playing all the instruments, and doing his own backup vocals on his albums he often lent his prolific songwriting talent to other musicians; especially women. As noted in a recent Rolling Stone article:

Minneapolis’ favorite son was a whirlwind of creativity that knew no bounds, the purple-minded genius releasing dozens of albums on his own, but also mentoring and producing dozens of bands like dirty-minded girl group Vanity 6 and synth-funk dynamos the Time. His songs became massive pop hits for stars as disparate as Sinead O’Connor, Chaka Khan, the Bangles and Tevin Campbell. He turned his personal treatises on sexual persona, spiritual angst and social unrest into a universal art that spoke to millions, no matter their race, class, or gender. (source).

I was planning on closing out this blog with Prince’s full 2007 Super Bowl halftime show (which you can see here), instead, I want to leave you with a video tribute that includes not only footage from the show but also interviews with some of the folks responsible for producing it.

One of the many things that makes this show stand out above all other Super Bowl halftime shows is that, despite the venue, for Prince it was still all about the music. Here is what John Pareles, Senior Music Critic of the New York Times, had to say about it:

The Prince set is so wild. He does other people’s songs. He’s not promoting himself. He’s just making music. It’s profound and it’s loud and it’s funky and it’s just…one performer shaking the entire world (quote from the video clip).

There is also a great quote in the video where we learn that upon being asked if he’d be ok performing in a torrential downpour (described to be like a scene from Moby Dick) Prince’s response was:

Can you make it rain harder?

*For an overview of the CNC machining process Evaero uses to manufacture complex aerospace parts, here is a behind the scenes look.

**As an aside, I suspect this is no different in any industry that requires you to work with your hands. That is, ask a child of a plumber, fisherman, dentist, masseuse, carpenter, surgeon, mechanic, farmer, hair stylist, foundryman, bricklayer, shoemaker, landscaper, house cleaner, or chef of a smell that reminds them of their parent and they’ll probably cite something that is intimately associated with the workplace.

***According to this Pfizer report smokers have twice the absenteeism and present twice the work limitations compared with “never smokers” and 51 percent of all workers who smoked in the past year tried to quit but only 1 in 5 succeed. Further, with a pack-a-day habit, a smoker will (depending on the state) spend between $1,610 to $3,750 per year on cigarettes and lose 720 hours per year to the habit (source Tobacco-Free Kids and Quitters Circle). Consider also that this April 2016 research study suggests smokers have a harder time finding jobs and earn less than nonsmokers when they do work (as much as $8,000 annually).