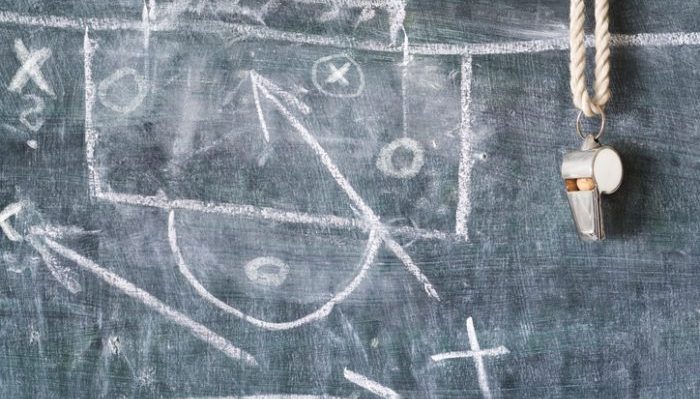 You’ve gotta keep control of your time and you can’t unless you say no. You can’t let people set your agenda in life. ~ Warren Buffett

I’ve been deliberating whether or not to volunteer my time to coach a youth basketball team in 2019 (mentioned earlier in Ten Rules for Teaching and Learning). As you might expect, my hesitation stems partly from an understanding that in saying “yes,” I am also saying “no” to other things I want to accomplish with my time.

Thanks to the English economist Tim Harford, I’m also keenly aware of how the economic principle of hyperbolic discounting can cause us to say “yes” when we should really say “no.”

Hyperbolic discounting, according to Alan Bellows is:

The human tendency to prefer small payoffs now over larger payoffs later, which leads one to largely disregard the future when it requires sacrifices in the present. – (Source)

Let’s see how this might play out in your day.

Say you drop your kids off at school and on the way out, the principal asks you to coach the school’s basketball team. You want to refuse but, if you’re like me, at that very moment you feel a little uncomfortable doing so. You probably also feel honored to have been asked despite a suspicion that, as a person who cannot say “no,” I’m exactly the kind of person they are looking for.

What do you do?

Even though it will lead to more discomfort down the road, you choose to eliminate the momentary discomfort by saying “yes.” That’s hyperbolic discounting at work and perhaps why the American humorist Josh Billings once said:

Half of the troubles of this life can be traced to saying yes too quickly and not saying no soon enough.

So how do we fortify ourselves to do a better job of saying no?

In his book 18 Minutes: Find Your Focus, Master Distraction, and Get the Right Things Done Peter Bregman recommends asking the following three questions before saying yes:

These are all great questions to get in the habit of asking. If you’re not the right person, pass it along to someone else; if it’s not the right time, reschedule; and if you don’t have all the information, wait until you do.

Of course, as those of you with kids know, if it’s your daughter/son asking you to coach their team, then everything I just wrote becomes invalid. This is evidenced by the fact that despite my answers to Bregman’s questions, I’m still deliberating.

Am I the right person to coach a youth basketball team?

Umm…clearly not. Truth be told, I’ve never played basketball in my life; have never even watched a professional basketball game; have never coached a sports team of any kind; and, until recently, thought the Lakers were a basketball team in Minnesota and that 50-40-90 Club referred to a hip-hop song.

Is this the right time?

Is it ever? I understand more than most that life will forever be messy. I also acknowledge the wisdom in Pema Chödrön’s words that:

To be fully alive, fully human, and completely awake is to be continually thrown out of the nest.

However, as a part-time single parent trying to do his part to keep a small, low margin, manufacturing company afloat while also trying to keep from having to resort to maternity wear as a way to accommodate my expanding waistline, I have found that being thrown out of the nest tends to hurt a lot more when you’re overcommitted.

Do I have enough information?

Quite honestly, I have no idea what I’m in store for. I don’t know how many kids will be on the team, their ages/skill level or what resources/facilities will be at my disposal.

I’m far from making a decision, but if I do end up taking the plunge, I’ll make sure and take you along for the ride and hold out hope that Homer Simpson was right when he opined that stories of degradation and humiliation make you more popular (Simpsons Archive).

On that note, now is a good time to check out and add some music to our ever eclectic Manufacturing Peace of Mind™ Spotify playlist. Here, then, is 50 Cent with his tune “In Da Club” (definitely not family/work friendly). Hadn’t heard anything about 50 Cent in a long time so did a quick search before posting this blog and found an article in The Verge that does a good job of chronicling 50 Cent’s painful fall. Oof.