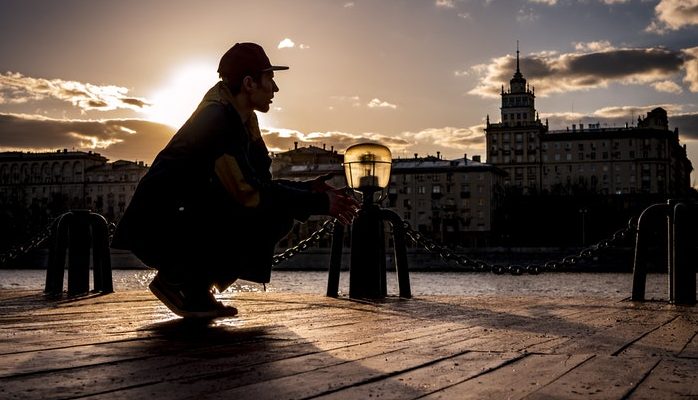 All truly great thoughts are conceived by walking. ~ Nietzsche

Over the last few weeks, we’ve been discussing the secrets to longevity based on the observations Dan Buettner made in his 2005 National Geographic article. Mr. Buettner remarks that in particular parts of the world, people are either reaching age 100 at extraordinary rates, have the highest life expectancy, or the lowest rate of middle age mortality. He referred to these regions as “blue zones” and, to date, there are five: Ikaria, Greece; Okinawa, Japan; the Ogliastra region of Sardinia; the Seventh-day Adventists in Loma Linda, California; and Nicoya, Costa Rica.

Clearly, luck plays a large role in living a long healthy life. Not only do you have to win the gene lottery but you would do well to be born in a part of the world that is free of violence and disease. Another factor, however, made evident from Buettner’s work, is that those of us who are living “rewardingly inconvenient lives” are also more likely to live long healthy lives.

If you are having a hard time imagining giving up modern conveniences or moving to Sardinia to become a sheep herder, where does this leave you? In addition to the suggestions I’ve passed along in the last two blogs, namely, walking more and adding some inconvenience back into our lives, my sense is we’d all do well to spend less time in the comfort of our chairs/couches.

A few weeks ago, my family and I attended a Friday night outdoor BBQ with live music, food, swimming, and lots of kids running about. We got there later than planned and all the lawn chairs were already taken, so we ended up stationing ourselves on a blanket. As I fidgeted about trying to get myself situated, I became genuinely surprised (frustrated?) by how much more work I had to put into staying comfortable on the blanket as opposed to if I had been seated in a chair. In light of the extra calories I was burning, I couldn’t help but wonder if sitting on the floor might be a better option than my couch the next time I watch a movie at home; especially, since fidgeting seems to counter the harmful effects of sitting (e.g., American Journal of Physiology, Frontiers in Physiology).

If sitting on the floor doesn’t sound like the way you want to unwind after a long day at work, as an alternative, might I suggest sitting less at work? After all, sitting too much has been found to have negative effects on, among other things, the health of your brain and heart.

This is not to say I doubt the benefits of a standing desk, rather, that if I had to choose between a sitting or a standing desk, I’d opt for the former and simply make it a practice to get up and move around more.

Having used a standing desk for a number of years, my own experience has been that:

On reflection, the true benefit of a standing desk is that because it’s not comfortable (in the way a desk chair is) and because you’re already standing, one is simply more inclined to move and fidget about. Which is great news for those sitting at desks/tables/counters because, as long as you’re forcing yourself to get up and move around, you’ll approximate the health benefits that reportedly come with a standing desk.

So, how do you make sure you don’t stay glued to your chair all day? A few tips:

Save for certain exercise classes, westerners don’t spend a lot of time in a squatting position. As noted by Rosie Spinks in Quartzy:

On the whole, squatting is seen as an undignified and uncomfortable posture—one we avoid entirely. At best, we might undertake it during Crossfit, pilates or while lifting at the gym, but only partially and often with weights.

This is a real shame since, as noted by physical therapist Camille Sepina, the full bodyweight squat has plenty of benefits (source):

If you’re looking to improve your overall condition in a simple way, consider adding squatting to your daily routine. Having incorporated it into my own pre-workout routine, I can definitely attest to the benefits. Not only has my mobility improved but, along with my standing desk, has helped my lower back issues.

On that note, having been sitting far too long, time for me to check out for the week. Before I do though, I’d like to add some music to our Manufacturing Mind™ Spotify playlist. In reviewing the list, it’s probably a good time to start adding some newer tunes. Here then is a release titled “Superposition” by Young the Giant off their yet to be released album “Mirror Master.” Hope you like it!