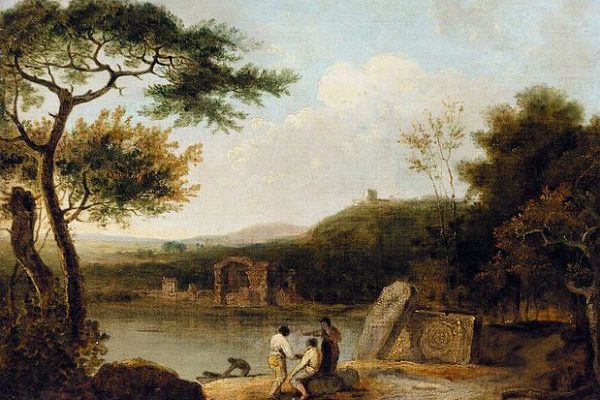 I need to remind you, over and over, that I am not speaking about an ideal wise man to whom every duty is a pleasure, and who rules over his own spirit, imposing on himself any law he pleases, while always obeying what he has imposed, but I am talking about anyone who, with all his imperfections, desires to follow the perfect path, and yet has passions that often are reluctant to obey. ~ Seneca

When the Washington Post noted the following strict rules Vice President Mike Pence imposes on himself when interacting with the opposite sex, there was no shortage of comments in social media:

In 2002, Mike Pence told the Hill that he never eats alone with a woman other than his wife and that he won’t attend events featuring alcohol without her by his side, either.

I don’t share many of Pence’s political views, but I do value fidelity, and I do find myself traveling for business by myself somewhat frequently. Along the way, I have learned having some rules for the road can go a long way to keep temptation at bay.

Not worried about your spouse cheating on you while he or she is on business travel?

According to the Huffington Post, a whopping 36 percent of the men told the authors cited that they give into temptation while on a business trip. Not a surprise since, as noted in Forbes, whether it be cheating on a spouse, drinking too much, or taking illicit drugs, business travel seems to have a way of encouraging “bad behaviors.”

My first personal experience of how prevalent infidelity is during business travel occurred during a trip to Asia. The night before I was to have dinner with the CEO of a large multinational company, his deputy offered to take me out to a nice restaurant. Being one who prefers simpler fare I asked if instead we could go to a place he’d normally eat at outside of work. [Incidentally, I try and do this whenever I travel internationally since I have found that places likely to be frequented by hosts on their own time and dime are more likely to result in more authentic, meaningful, and productive interactions.]

So it was I found myself at a restaurant in the flight path of a major airport, next to the ocean, sitting outside under an amazing sky, eating crab and drinking beer. My host and I got along so well that after dinner he asked if I wanted to accompany him to his neighborhood bar for drinks and karaoke.

How could I say no?

While at the bar, my host asked if I wanted some “company” during my stay. I declined but was curious to know how common it was for business travelers to be entertained in that sort of way while visiting. It was in his answer – whether he was talking about golf trips in Thailand or clubs in Singapore – that I learned how prevalent infidelity is while on business travel. Indeed, from our discussion I got the sense that the 36 percent number referenced earlier was too low for men on business travel in Asia.

By the time I was ready to turn in for the night, my host, unfortunately, was no longer upright leaving me to figure out how to get back to the hotel. This proved to be challenging for a few reasons. We didn’t have the convenience of smartphones back then; I had been driven there and had no idea where I was; and nobody in the bar spoke English. Getting back took much longer than it should have.

As the sun was rising and I finally made it to my hotel, it dawned on me that having a set of rules for the road might be a good idea if I was going to keep temptation at bay from my highly imperfect self. So, in no particular order here are the three rules I now follow when I’m traveling alone:

When dinner is over, it’s time to call it a night. If my story above isn’t enough to convince you of this, consider forming your own opinion by paying attention to your fellow business travelers (who don’t follow this rule) during meetings the next morning.

Choose drinks (and in my case Netflix) in your hotel room (ahem…alone) over drinks at the hotel bar. Easy for me to say given that by nature I’m an introvert, but it doesn’t take much time in a hotel bar to see why the stats I quoted above are so high.

Choose lunch over dinner. In an article I wrote about taking control of your time, I’ve noted how I go to great lengths to reserve evenings and weekends for family, long-standing friends, faith, and self and try to do the same while I’m on the road.

Regardless of what you think of Pence’s rules (or mine), if fidelity is important in your marriage and you travel a lot for business, having some rules before you hit the road can go a long way to avoid compromising situations that would test those with even the best of intentions.

As to those who feel that good intentions are enough, consider reminding yourself of what the Roman poet Virgil once wrote:

On that note, before checking out for the week, how about some music for the Manufacturing Peace of Mind™ Spotify playlist?

With the image heading today’s blog by the great Welsh landscape painter Richard Wilson, it seems all too appropriate to introduce you to a band from Wales. Here then from the second greatest city in the world, Cardiff, is the band the Estrons with their song “Make a Man.”

*Descent to Avernus is easy, where Avernus, a volcanic crater lake in southern Italy, is a metonym for hell in Virgil’s “Aeneid.”