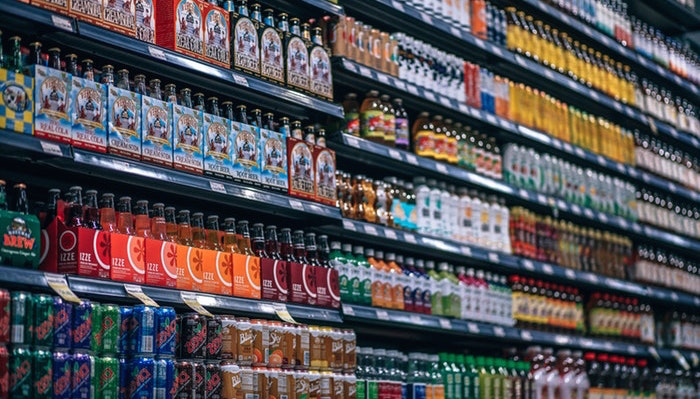 If all interventionist laws were really to be observed they would soon lead to absurdity. ~ Ludwig von Mises

Today, I’d like to close out the thread from the past few posts regarding the sugar found in foods. A reader recently asked me how I felt about a “soda tax” in response to my post The Susceptibility of Science to Propaganda.

A soda tax can be referred to as a “Pigovian tax,” so called for the English economist (Arthur Pigou) who supported them. Pigou, who wrote about the concept of “externalities” or spillover costs, noted how the public good can be improved by taxing activities that place a cost on society at large. An excellent example of a Pigovian tax is the carbon tax. Because the burning of fossil fuels increases the concentration of atmospheric CO2, there is a spillover cost caused by the “greenhouse effect.” By taxing carbon, we are targeting the externalities (i.e., global warming) caused by power generation in hopes that society will be improved.

In the case of soda, with sugar thought to cause obesity and diabetes*, the spillover cost to society comes in the form of soaring medical costs**. By increasing the cost of soda (through taxation), demand is expected to drop as are, in turn, the health problems thought to be associated with a diet high in added sugar.

Does the demand for soda, in fact, drop as prices are artificially raised through taxation?

As we’re seeing in one of the first countries to adopt a tax on sugary drinks, Mexico, the tax had an immediate impact on drinking habits. Even though Mexico’s tax on soda is quite low, relative to pre-tax trends, the consumption of sugary drinks fell by 6 percent and sales of bottled water jumped by 5.2 percent in the first year of implementation. (The Economist)

It shouldn’t be a surprise to anyone that increasing prices thereby reduces demand, with the exception for those who argue that increasing the minimum wage won’t reduce the demand for labor.

What also shouldn’t be a surprise is that as prices go up, consumers will search for alternatives and businesses will figure out a way to circumvent regulations. Coca-Cola, for example, is experimenting with a new soda made from sugar and stevia*** (The Economist) and, as noted in their local newspaper, consumers in Philadelphia are simply leaving the city limits (or drinking juice) to buy their soda in stores not subject to the tax (The Inquirer).

What about the expected health benefits? That is, has the imposition of a soda tax positively impacted public health? Although it’s far too early to know for sure, according to a paper by Jonathan Klick and Erica Helland:

Uniformly, studies looking at the effect of actual soda taxes implemented at the state level find that, while the taxes do lead to a moderate decrease in soda consumption, the net effect on obesity is next to zero. Studies looking at data covering the full menu of consumption choices show that when people reduce their drinking of soda, they substitute to other calorie-dense drinks like milk and juice.

In other words, thus far, any health benefits associated with decreased soda consumption resulting from a soda tax are offset by calories from other beverages.

What if the tax rate on soda was increased to the level imposed on, say, cigarettes?

According to a journal article in Contemporary Economic Policy by Jason Fletcher, David Frisvold, and Nathan Tefft, raising the soda tax to 58 percent is estimated to decrease the mean body mass index (BMI) by just 0.16 points. To put this in perspective, the authors note, between 1990 and 2006 the average gain in BMI was more than 2.3 points. In other words, the effect of increasing the tax rate on soda to levels comparable with cigarettes is likely to be very low.

Let’s return now to the question at hand, namely, do I support a soda tax?

Although I do believe there are negative health implications of a diet rich in foods with added sugar and am mindful of Adam Smith’s advice:

Sugar, rum and tobacco are commodities which are nowhere necessaries of life, which are become objects of almost universal consumption, and which are therefore extremely proper subjects of taxation.

I don’t support a soda tax because I view it as a regressive excise tax on lower-wage workers that, for the reasons discussed above, is unlikely to have a positive impact on public health.

Spend some time at a company like Evaero and one can quickly delineate between job functions and pay by noticing the sugar-drink divide. That is, comparatively speaking, lower wage employees drink more sugar-containing soda than higher wage employees who favor drinks from places like Starbucks and diet soda. Indeed, not only do statistical data show lower-income Americans are more likely to be heavy consumers of sugary drinks than high-income Americans, but African-Americans and Mexican-Americans are also more likely to consume larger amounts of sugary drinks (i.e., at least 24 ounces per day) than Caucasians.

So why not just tax a Starbucks Grande Mocha which contains 34 grams of sugar?

Consider for a moment the signs put up by Costco documenting how much the City of Seattle’s “Sweetened Beverage Recovery Fee” has added to the cost of sugar-containing drinks (h/t Tim Williams via Marketwatch) and ask yourself what would happen if the same thing were to occur at Starbucks. Mon Dieu! Fortunately for Seattle’s latte wielding voters, the tax doesn’t apply to drinks containing sugar that list milk as the first ingredient because, well, that makes a lot of sense…in Seattle. (The Seattle Times) 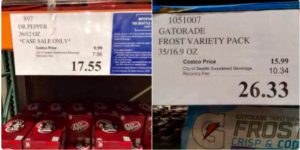 What about diet soda? The city council was made aware a potential tax would be borne disproportionately by minorities and lower income groups (see here for stats). To make the tax more equitable, one could tax all soda (including diet) and all sugar-containing drinks (e.g., lattes) but the city council decided against it. In the case of the diet sodas, their reasoning was “unclear health findings and concerns about job losses.” Furthermore, as noted by Councilmen Tim Burgess:

Lest those who happen to view diet soda as an unacceptable alternative feel slighted, rest assured Seattle’s City Council has got you covered with vouchers for fruits and vegetables via their Fresh Bucks program****. Afterall, nothing like a carrot to quench your thirst on that occasional hot Seattle summer day.

The fact is friends, a soda tax is a regressive tax. Because sugary sodas are favored by lower income groups the tax would, therefore, take a larger percentage of their income. Designed to help society at large, in reality, it hits those with lower incomes harder than those with higher incomes. All this, of course, despite the offer of free fruits and vegetables.

For that reason, I prefer the Government initiate other alternatives to battling the obesity epidemic.

On that note, a good place to stop.

Before checking out, how about some music for our Manufacturing Peace of Mind™ Spotify playlist? Today, as I wipe the donut crumbs off my PJs and add another sugar cube to my espresso, I’m going to leave you with the White Stripes and their song “Sugar Never Tasted So Good.” Considering the amount of sound that emanates from their music, I’m continually amazed there were only two people in the band (Jack & Meg White).

***In a nod to Frédéric Bastiat who highlighted the distinction between the well-intentioned effects of government regulation and their delayed invisible consequences it should be pointed out that Stevia has a slew of known side effects (Livestrong).

****Incidentally, as touted by supporters of Seattle’s Sweetened Beverage Recovery Fee, the Fresh Bucks program will now be partially funded by the taxes generated off of the sale of sugar-containing beverages. What percentage of the tax revenue will go to helping the poor buy fruits and vegetables? By my calculations looks like 2.7 percent (data from here), far lower than the 13.3 percent that will be spent on “hiring five additional city employees to carry out the program’s expansion” (Seattle Times). I assume the balance of the money will be used to fund Seattle’s own version of a Mean Joe Green Super Bowl ad.