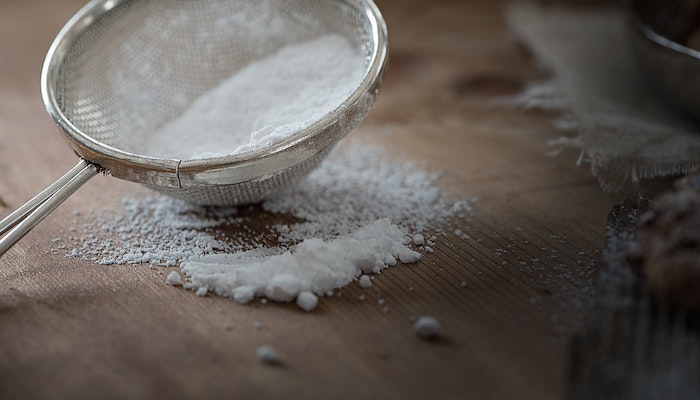 Facts do not cease to exist because they are ignored. ~ Aldous Huxley

Inspired by David Leonhardt’s A Month Without Sugar, I decided to give up foods with added sugar for Lent this year. I consider myself to be a fairly healthy eater and was surprised by how difficult it was to do so. That said, I’m glad I did it because I learned a lot and my eating habits are likely to have been changed forever (well, at least for a couple weeks) as a result.

Despite my belief that the competitive marketplace is an effective regulator of economic activity, society as a whole clearly benefits from some forms of regulation. How much regulation is of course, a matter for debate. I for one, want a system that is modeled after soccer rather than American football. That is, I want a free flow of goods and services with minimal intervention and a referee holding players accountable with yellow and red cards (provided of course the outcome favors the University of Arizona). What I don’t want is a regulatory framework that undermines ethical standards and erodes our practical wisdom by substituting compliance for values.

When the Federal Government mandated additional and clearer reporting on food labels, some railed against the effort ostensibly because it was viewed as an unnecessary regulatory burden that would add cost and favor larger producers. Understanding of course that I wasn’t the one having to comply with the new rules (trust me – I have more than my fair share), I didn’t take that point of view because I believe markets operate more effectively when consumers can make informed decisions. The fact is, food labels are your friend and make it much easier to make informed purchasing decisions.

Be ever aware of regulatory arbitrage

Food labels as we know them today have been around since the early 90s and required producers to list ingredients in order of predominance, with ingredients used in the greatest amount listed first, followed in descending order by lesser ingredients (FDA). Because consumers in general are aware of the possible harmful effects of sugar, producers seem to have gone down the path of “hiding” sugar by intentionally swapping it (and high fructose corn syrup) with other types of sweeteners.

As a result, instead of just seeing sugar in the ingredient list you’ll find an assortment of sweeteners that really mean the same thing. Some of my favorites include: agave nectar, cane syrup, corn sweetener, date syrup, dextrose, fructose, granular, syrup, honey, isoglucose, lactose, maltose, maple, molasses, rice syrup, sorghum, sucrose and, lest we forget them, all juice concentrates. (For a comprehensive and staggering list of ingredients that really just mean ‘added sugar’ see the appendix in a Lancet journal article by Popkin and Hawkes titled “Sweetening of the global diet, particularly beverages: patterns, trends, and policy responses”)

In their book Merchants of Doubt, historians of science Naomi Oreskes and Erik M. Conway document how a few scientists with deep connections in politics and industry were able to confound the truth when scientific data conflicted with corporate or ideological interests. One of their most effective methods was to focus on uncertainties and portray scientists as being divided. Here, for example, is what the Director of Research for British American Tobacco had to say:

A demand for scientific proof is always a formula for inaction and delay and usually the first reaction of the guilty. ~ S.J. Green

While keeping this quote in mind, it’s interesting to consider what the Sugar Association had to say when the Federal Government mandated that as of July 26, 2018 food producers have to explicitly state how much sugar they are adding to foods (FDA):

We are concerned that the ruling sets a dangerous precedent that is not grounded in science, and could actually deter us from our shared goal of a healthier America.  (NY Times)

Given how complex and uncertain science can be it’s certainly easy to understand why science is so susceptible to the effects of propaganda.

Nevertheless, as citizens, consumers, leaders, and parents, it is extremely important that we become inured to the shell game played by dubious experts who are paid to get us to take our eyes off of the data.

How do we do this?

As I suggested in my article about protecting ourselves from “fake news,” consider questioning where the information is coming from and, instead of pulling from a single source, push yourself to read/view sources with differing points of view so you can arrive at your own conclusion.

As to those of you who want to learn more about one side of the argument of how sugar may be impacting your health, I highly recommend Gary Taubes’ book The Case Against Sugar. It is solidly researched and will not only cause you to reconsider what you are eating, but it also does a great job of documenting how sugar became so prevalent in our diet.

Before checking out for the week, how about some music for our Spotify playlist?

A great time to introduce you to a talented young lady by the name of Phoebe Bridgers. I had a chance to see her play with Conor Oberst last year and I couldn’t help but think of her song “Motion Sickness” as I was going through what can best be described as sugar withdrawals during my first week into Lent:

Suffice it to say, given that I’m wiping donut crumbs off my PJs as I shut things down, I hope Phoebe’s effort to stay clean and live without has gone better than mine. If you like the song, check out her album from last year, Stranger in the Alps. Great stuff – I’m sure we’ll be hearing more of her in the future.