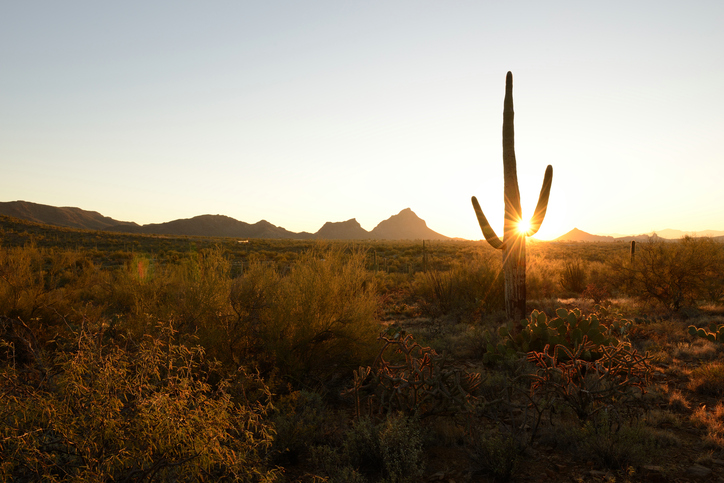 A man who tries to carry a cat home by its tail will learn a lesson that can be learned in no other way. ~ Mark Twain

I’m taking today off to spend time with family and friends on this uniquely American of holidays, but before checking out for the week, I’d like to offer up some thanks, and pass along some holiday gift ideas, and a music recommendation.

Thanks for taking the time to read our blog and for the emails and comments about the articles. I enjoy the conversation, and the questions and comments you send serve as great seeds for future posts. I’m grateful you took the time to connect.

Three gift ideas for the holidays

Earlier this year I wrote about the teas I drink during the work week, my so called “daily drinker teas”. When weekends and holidays roll around however, I set those teas aside in favor of some nicer fare like my favorite tea, Mariage Frères Marco Polo. I put a well rounded teaspoon in my Hario Chacha Kyusu Maru Tea Pot ($13.95), pour some boiling water over it, and in a few minutes have a cup of what, to my taste, is pure bliss. A reader of this blog who lives in the beautiful French city of Angers informed me that Mariage Frères has a store in Paris that I’ll definitely need to visit on my next trip to the City of Light (h/t LT).

Speaking of France, funny story, some of my friends recently made international news (via The Telegraph) when they were kicked out of the Versailles Palace because their host, a friend who happens to be a French art historian, was commenting on works in English while they were walking around the Palace. Mon Dieu! 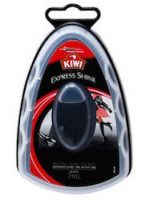 Coming from a poor family, my father didn’t have a lot of things growing up, but what he did have he went to great lengths to take care of, a value he instilled in us as we grew up. One of my childhood memories is of my father lining up his shoes for the work week and shining them up before Sunday dinner. He didn’t have fancy shoes, but he took great pride in making sure they were neat for work.

Although I tried to develop the same practice as a young adult (with a shoe shine kit my father bought me for graduation), I could never find the time on Sundays to get my shoes spiffed up for the week. After comments from my father that went something along the lines of “Lose the shoe shine kit I bought you?” I realized I needed to come up with a solution.

Enter the Kiwi Express Shoe Shine Sponge! It takes a few seconds to use and, while the results aren’t as good as shining your shoes, the outcome is good enough that I no longer get comments from my dad.

There is a scene in Austin Powers Goldmember when Fat Bastard, having been called a fat bastard by Austin Powers, responds:

Hey do you have to call me fat?
That hurts my feelings.
You know I tried going on a diet once, “The Zone.”
You know, carbs are the enemy. 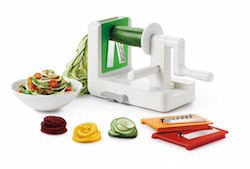 For those of you looking to cut back on carbs in the New Year, consider adding a spiralizer to your kitchen.

When my wife bought one, I thought for sure that after a few uses it would soon be collecting dust right next to the pasta machine that necessitated its purchase. Turns out I was wrong. We use it all the time to make, for example, zucchini noodles sautéed up in coconut oil. Served with a Bolognese sauce it makes for a great low carb meal.

The version I recommend above is the one we bought after our initial purchase fell apart. This one, costs a bit more than cheaper versions, but is far better and worth the extra dollars.

Speaking of Austin Powers, you may be aware my wife’s career requires weekly travel during the school year, and from the time our son was a toddler, I’ve often had the opportunity to take care of him by myself. Although my wife has justifiably taken issue with some of my parenting methods, the experience has not only been totally awesome, but has resulted in parenting breakthroughs I’ll be sure to discuss in my response to Sheryl Sandberg’s book, a book I’ve tentatively titled:

Lean Out: Men, Work, and the Will to Chill.

So that others don’t make some of the mistakes I’ve made, as a prelude to the chapter I’m going to title “Winter is Coming,” I’ll be sure to include some warnings as to why you shouldn’t let your eight-year old son watch Austin Powers.

Having done the whole “I’ll let you watch if you promise not to tell mommy” routine, I felt like I had reasonable chance of my wife not finding out. Of course, that was before he did his Fat Bastard “baby back ribs” impression (see video below) in response to a question about Thanksgiving dinner.

If you’ve seen the movie, as the impressions kept rolling in, you know that my pain was only beginning.

Sigh. What was I thinking?

On that note, with the sun peeking over the mountains, it’s time for me to check out, make another pot of tea, and get ready for all the friends and family coming over to celebrate Thanksgiving. Before hitting the publish button though, how about some music to add to our ever expanding Manufacturing Peace of Mind™ playlist?

Having been reminded yet again why my son needs his mommy, I wanted to leave you with a song by Nigerian artist Prince Nico Mbarga and Rocafil Jazz International titled “Sweet Mother.” His only true “hit,” the song embraces the traditions of Nigerian and Cameroonian music, and Mbarga played an important role in the evolution of African music (h/t Craig Harris, Rovi via Spotify).