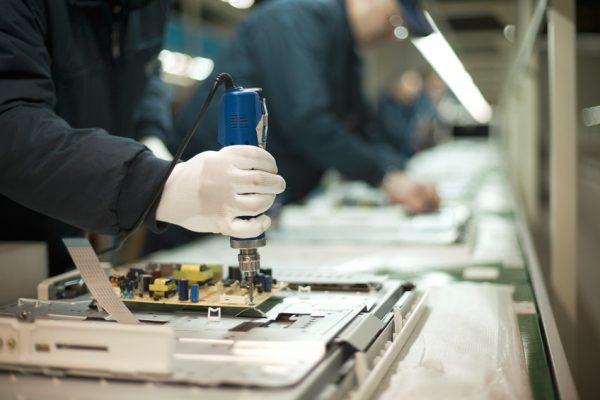 Woe to him who builds his house by unrighteousness and his upper rooms by injustice. ~ Jer. 22:13

Last week, we set the stage for today’s question by detailing how small businesses risk competitive advantage when they play by the rules. Given that, how do you reconcile doing the right thing in a low margin environment where only the most productive survive?

After all, as noted by the former CEO of Massey Energy Don Blankenship in this interview:

Unions, communities, people, everybody’s gonna have to learn to accept that in the United States you have a capitalist society and that capitalism from a business viewpoint is survival of the most productive…in the long term it’s gonna be the most productive people who benefit.

The place I recommend starting:

The CEO in the clip above, the “King of Coal” Don Blankenship, arguably ran the most productive coal business in American history and “acquired an exceptional reputation in a brutish industry.” As we learn in a well written piece by Tim Murphy in Medium, in an effort to win:

Blankenship placed relentless pressure on his mine supervisors to produce, and they in turn leaned heavily on their miners to work impossibly long hours, in some cases without breaks for rest or sustenance. Expected to put in overtime whenever asked, some miners only received one day off in a month. A former Massey miner told me he once brought the same sandwich to work three shifts in a row without ever being allowed to take his allotted dinner break. When another miner complained about skipping meals, his manager told him to suck on a peppermint.

And win he did.

That is, until April 5, 2010 at 3:02 PM when 29 of 31 miners at Performance Coal Company/Massey Energy’s (PCC/Massey) Upper Big Branch Mine-South (UBB) in Montcoal, West Virginia were killed in a coal dust explosion.

The root cause of the the largest coal mine disaster in the United States in 40 years? According to the Mine Safety Health Administration’s report of the accident (emphasis my own):

The physical conditions that led to the explosion were the result of a series of basic safety violations at UBB and were entirely preventable. PCC/Massey disregarded the resulting hazards. While violations of particular safety standards led to the conditions that caused the explosion, the unlawful policies and practices implemented by PCC/Massey were the root cause of this tragedy. The evidence accumulated during the investigation demonstrates that PCC/Massey promoted and enforced a workplace culture that valued production over safety, including practices calculated to allow it to conduct mining operations in violation of the law. The investigation also revealed multiple examples of systematic, intentional, and aggressive efforts by PCC/Massey to avoid compliance with safety and health standards, and to thwart detection of that non-compliance by federal and state regulators.

With 29 miners dead, the UBB disaster will forever serve as a stark reminder of what the true cost of doing the wrong thing can be.

That said, being that we too are in a brutish industry where only the most productive will survive, I understand all too well how conditions can arise that make it too easy to forget the lessons of the past. For those occasions when a reminder is in order, I suggest watching this video of Tommy Davis who lost a brother, son, and nephew in the tragedy.

As documented in this ABC News segment, Blankenship maintains his innocence to any wrongdoing and would eventually spend his own money to fund a movie supporting his position that the accident was caused by a natural gas leak and could not have been prevented.

When asked in the news segment of whether he expected to be indicted or not (5:35) Blankenship laughed off the question with a “no.” He would, in fact, be partially right. Although exonerated of three felony charges that could have led to a prison term of 30 years, Blankenship was convicted of a misdemeanor charge for “conspiring to violate federal safety standards,” a charge that carries a maximum of a year in prison. (NY Times)

On May 12, 2016 Blankenship reported to a cushy Federal prison in California dubbed “club fed” to serve a year in prison (Bloomberg).

Before checking out, here is the incredible Gillian Welch (with the equally incredible David Rawlings), singing her song “Orphan Girl” off of one of my favorite albums Revival (have added the song to our Manufacturing Peace of Mind™ playlist).

Playing in a musical style that is commonly associated with rural Appalachia, her songs are a powerful reminder of folks who live and work there. Folks like Clay Mullins, the brother of deceased miner Rex Mullins: