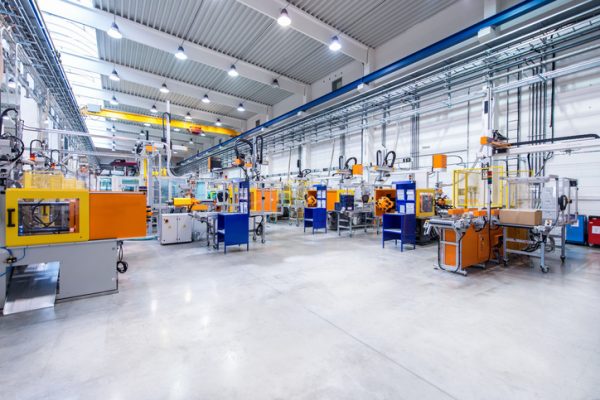 Life is a lot like jazz…it’s best when you improvise. ~ George Gershwin

I spent the last few weeks writing about gender inequality in manufacturing and before I propose some solutions, I’d like to pause and tell you why, as a business owner, I’m concerned about this issue. Although I grew up surrounded by strong women, my mom and aunt in particular, my reasons have less to do with personal bias than to do with simple math.

Some numbers for you.

Globally, employers are reporting the highest talent shortage since 2007 with, for the fifth year in a row, skilled trades being the hardest positions to fill. (Source: ManpowerGroup Talent Shortage Survey)

In other words, companies like Evaero are simply unable to grow because they cannot find the right people to fill vacant positions; a situation that is only expected to get worse, by the way. That’s because, due to retirements and economic expansion over the next decade, two million of the 3.5 million manufacturing jobs expected to open up in the U.S. will go unfilled due to a skills gap. (Deloitte)

Furthermore, while the majority of Americans believe manufacturing is important to our prosperity and that, as a country, we should invest more in manufacturing, one-third of American parents would not encourage their kids to pursue a manufacturing career. (Source: a recent survey about US perception of manufacturing)

Considering just these data alone, I think it’s fair to say if you’re close-minded about diversity and running a manufacturing company, growing your business over the next decade is going to be real tough.

Another reason to be concerned with gender diversity is that data suggest companies perform better as they become more diverse. Consider the following, when Credit Suisse analyzed data that tracks the gender mix of 28,000 executives at 3,000 companies in 40 countries around the world and compared those data to the financial results they found:

There’s a very strong outperformance of companies that have women in management, particularly in operational roles. (Washington Post)

These findings were replicated in a study of five different industries* by Catalyst, a nonprofit that attempts to accelerate progress for women through workplace inclusion.

So there you have it. As a business owner in manufacturing, the reason I’m concerned about this issue is that in the long run, I truly believe our success depends on solving it.

On that note, I thought I’d add some music to our Manufacturing Peace of Mind™ Spotify playlist. Speaking of diversity, how about a Japanese pianist playing music by an American composer on a British program? Here then is Hiromi playing “I Got Rhythm” on the BBC Proms. It doesn’t get much better than this.