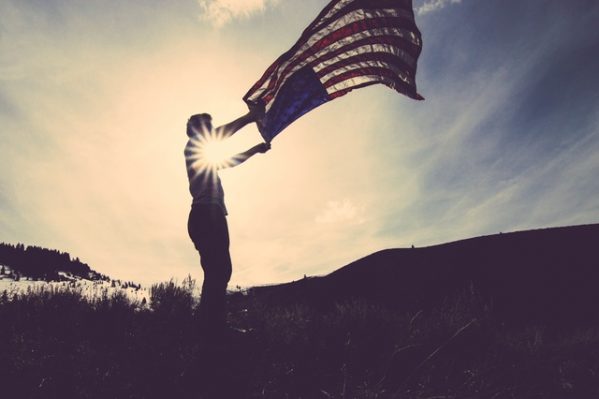 This great, rich, restless country can offer opportunity and education and hope to all, all black and white, all North and South, sharecropper and city dweller. These are the enemies: poverty, ignorance, disease. They’re our enemies, not our fellow man, not our neighbor. And these enemies too — poverty, disease, and ignorance: we shall overcome. ~ Lyndon B. Johnson

A few months ago I penned an article titled This Small Business Owner’s Case for Clinton. I’ve been silent on the issue since, but with the election right around the corner and my ears no longer burning, I’d like to answer a few of the questions the piece generated.

Question 1: Am I not concerned about those who disagree with me and my professional reputation?

Many business leaders have been unwilling to go on the record about this election according to Andrew Ross Sorkin in his New York Times article “Why so Many Business Leaders are Tiptoeing Around Donald Trump.” The reason is almost universal:

Frankly, while deciding whether or not to publish my article, I too was fearful of retaliation and the impact it might have on my business. Indeed, considering the size of our business and the margins we live off of, I can certainly understand why the outside counsel I received strongly discouraged me from making a public statement in support of Clinton for president.

In the end though, it came down to exactly what Reid Hoffman (co-founder of LinkedIn and venture capitalist) had to say in the cited article:

When you feel that fear, it’s precisely the time where if you aspire to be a courageous leader, that fear is a signal to you that you should step forward….If you are in a position of power and in a position of being able to make a difference and you are fearful, think what everyone else is feeling.

Having certainly lost (e.g., readers, customers, etc.) as a result of publishing the piece, I guess the question is “did it make a difference?”

Clearly I’d be naive to think I changed the minds of anyone who finds it untenable, simply impossible, to vote for Clinton.

Or, that my piece influenced the decision of the staunchly conservative Arizona Republic, a newspaper that has supported Republicans for president for over a century, to publish the following endorsement of Hillary Clinton for President on September 27, 2016:

This year is different. The 2016 Republican candidate is not conservative and he is not qualified. That’s why, for the first time in our history, The Arizona Republic will support a Democrat for president.

Or, that my piece influenced the decision of The Cincinnati Enquirer, a newspaper that has supported Republicans for president for almost a century, to on September 23, 2016, publish the following endorsement of Hillary Clinton for President:

This is not a traditional race, and these are not traditional times. Our country needs calm, thoughtful leadership to deal with the challenges we face at home and abroad. We need a leader who will bring out the best in all Americans, not the worst. That is why there is only one choice when we elect a president in November: Hillary Clinton.

I did however, give a few folks who are on the fence some pause and if only one of them ends up changing their mind on November 8th, then I’ll count that as making a difference.

Question 2: As a fiscal conservative with a libertarian bent why not support Gary Johnson?

Despite being a liberal in the classical sense of the word and believing in the free market, the issue for me is that on several key issues I simply don’t pass the Libertarian test. For example, I support social security even though I fully understand it is a flawed program that would likely not pass were it being voted on today.

Further, as I wrote about in an article titled The Minimum Wage Debate: Does an Increase Hurt those it is Supposed to Help?, I’ve always been of the opinion that anyone in the U.S. who works full time and heads a household should be able to earn enough income to keep them above the poverty line. Although I don’t believe in increasing the minimum wage,* I think the earned income tax credit should be supported. It targets low-income families and is effective at keeping them out of poverty while avoiding the risk associated with increasing minimum wages.

I realize someone voting for Johnson may disagree, but I simply cannot rally behind a libertarian platform while supporting social security and the earned income tax credit.

Question 3: What if he wins?

After pouring myself a drink of (cheap, blended) scotch and (expensive) soda and reassuring myself the American experiment in self-government will continue, I will take heart knowing the folks who voted for Donald Trump love America just as much as I do.

I will also remind myself that:

We were born of change. We broke the old aristocracies, declaring ourselves entitled not by bloodline, but endowed by our Creator with certain inalienable rights. We secure our rights and responsibilities through a system of self-government, of and by and for the people. That’s why we argue and fight with so much passion and conviction — because we know our efforts matter. We know America is what we make of it. (source)

And that the “creed written into our founding documents are not just words, but a call to action,” and an “insistence in the capacity of free men and women to shape our own destiny” and that the folks who voted for him did just that in their belief that:

It’s the idea held by generations of citizens who believed that America is a constant work in progress; who believed that loving this country requires more than singing its praises or avoiding uncomfortable truths. It requires the occasional disruption, the willingness to speak out for what is right, to shake up the status quo. (source)

And that regardless of the outcome, I truly believe the American dream is still alive and that our best days are still ahead of us **.

Until next week then, here’s to hoping the best woman wins, and a clip of U2 singing their song “Desire.”

*Before flaming me, consider taking a few moments out of your busy schedule to read my piece titled The Economics of Paying More Than Minimum Wage.

**Still feeling down and out? Consider cheering yourself up by watching the following YouTube message from our Canadian brothers and sisters. I mean really, if you cannot trust Canadians (e.g., Captain Kirk) who can you trust?