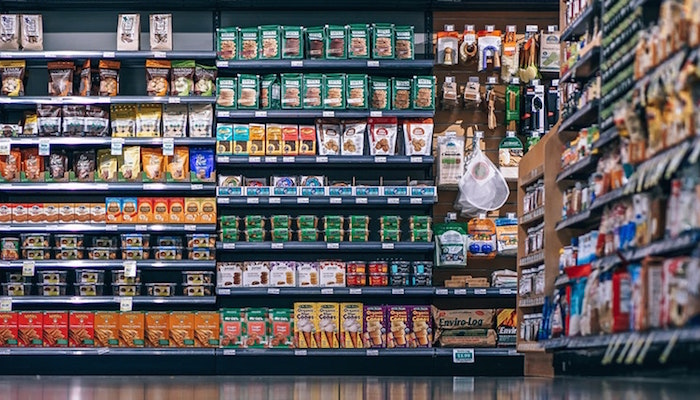 I go to great lengths to reserve Sundays for faith, family and good friends. However, a few times a month I use that time to run to Costco. Since I gave up foods with added sugar during Lent, these Costco trips take a little longer than usual since I am now carefully reading food labels. As a busy professional and a part-time single parent who enjoys cooking, I have nevertheless grown to rely on pre-prepared foods to get through the week. As such, not only have I become surprised by how many foods contain added sugar but also by how much sugar is being added to foods.

Before providing a few examples, so one can visualize how much sugar is in food I think it’s worthwhile converting the grams reported on food labels into teaspoons. To do this simply divide the amount of sugar listed in grams by 4. For example, a 12-ounce can of Coke with 39 grams of sugar contains approximately 10 teaspoons of sugar.

That’s right, a single 12-ounce can of soda contains more added sugar than we’re supposed to have in a day. Of course, as I found out while perusing food labels at Costco, soda isn’t the only food filled to the brim with sugar. 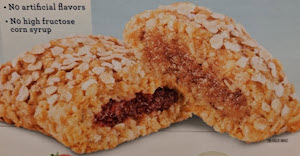 Since getting out the door in the morning to take my son to school and get to work on time is always a scramble, in addition to his lunch and afternoon snack, I normally also pack a morning snack that serves as the breakfast we missed.

Yes, I know, breakfast is reportedly* the most important meal of the day and I’m being a terrible parent by not waking up my son 15 minutes earlier to have a decent meal before school. However, unless I’m serving him dessert for breakfast (e.g., pancakes, waffles, etc.) my son just isn’t hungry in the morning. Because of that, I’m always looking for something packable that he’ll actually eat, is “breakfast-like,” and is nutritious.

At a glance, QuakerⓇ Breakfast Squares seem like they’d make a perfect on-the-go breakfast food. After all, the box touts its supposed healthy attributes by noting the absence of high fructose corn syrup and artificial flavors. Turn the box around and look at the food label though, and one learns that each bar contains a whopping 13 grams of sugar and 6 grams of “sugar alcohol.”

Sugar alcohol? A few words since you’re likely to see a lot more of them on food labels in the future due to an increased focus on diabetes and carbohydrates. As noted by Food Insight:

Although sugar alcohols are naturally occurring in fruits and vegetables, most of the ones I’ve seen on food labels are, in fact, commercially produced. They are easy to spot since most end in “itol” (e.g., xylitol, sorbitol, mannitol, lactitol, maltitol) and are becoming more common because they are not completely absorbed and metabolized by the body. Consequently, sugar alcohols offer a way of controlling glucose levels and caloric/carbohydrate intake while still offering the sweetness we crave.

Of course, because unabsorbed sugar alcohols ultimately get fermented by bacteria in the large intestines there can be unintended consequences. Here for example is an (edited) Amazon review (one of many) for HariboⓇ sugar free Gummy BearsⓇ by Joshua:

I sit here writing this review at 4AM from my porcelain throne, a fixture you will become all too familiar with if you chose to eat these cute little bears from the pits of hell….After about 2 hours with little more than some mild stomach cramps, feeling like one would expect from eating a pound of any candy, I began to wonder if I’d gotten some duds. Like the slow build-up of a Martin Scorsese film however, those bears were waiting for their baptism scene to destroy my insides. It started with the cramping, very akin to doing 1,000 crunches and then being forced to hold the 1,001st crunch indefinitely. Then came the initial “run” which opened the proverbial floodgates…I’m no longer in pain but am still having to make trips back to my master bath on a regular basis. Eat these if you dare but be forewarned, they are not to be trifled with unless you want your toilet to be a staging ground for repeat fecal rehearsals of “The Red Wedding” from Game of Thrones. (source)

Suffice it to say, probably best to leave the sugar free Gummy BearsⓇ out of your kid’s lunch box. 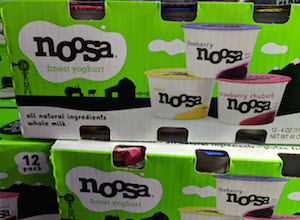 As I mentioned last week, until food producers are required to adhere to new labeling guidelines that go into effect this summer, figuring out how much sugar is being added to foods can be a challenge. For example, an 8-ounce container of NoosaⓇ blueberry yogurt states that it has a staggering 31 grams of sugar in it, however, according to the NoosaⓇ website approximately 50 percent of this comes from the lactose in milk. That still leaves over 15 grams of added sugar per 8 ounce serving which, for my son, is over half his daily limit. 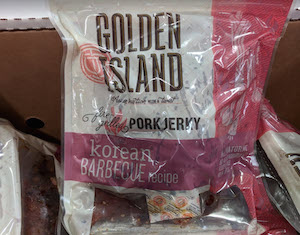 Always on the lookout for healthy snacks that don’t require refrigeration, jerky seems like a perfect snack to add to my son’s lunchbox.

Consider for example that a 1-ounce serving of Golden Island™ Pork Jerky has an incredible 10 grams of sugar in it. To visualize just how much sugar this is it’s helpful to recognize that a single piece of string cheese is an ounce of food and a sugar cube contains a teaspoon of sugar. With that in mind, according to my visualization anyway, 10 grams of sugar (~2.5 teaspoons) would nearly fill up half the volume of a piece of string cheese.

Now that’s a lot of sugar.

Are there options with less sugar? At Costco, the best I could find was their own brand of “steak strips” but since these still contain 4 grams of sugar per ounce, I’d recommend looking elsewhere. For example, ChompsⓇ, which contain no added sugar (and 9 grams of protein), are readily available at stores like Trader Joe’s or you can simply buy on Amazon.

On that note, before checking out for the week, how about some music for our Spotify playlist?

An excellent time to introduce you to the music of “Sugar Man” Rodriguez. After releasing two albums in the early 70s that didn’t sell well, his record label dropped him and Rodriguez abandoned his musical career to work various low paying jobs in Detroit.

Years later, a Swedish journalist by the name of Malik Bendjelloul would learn of the artist from a Cape Town record store owner who was a huge fan. Turns out that, unbeknownst to Rodriguez, he had developed a large cult following in apartheid South Africa with his songs about the Vietnam War and racial inequality.

Sensing there was a story, Bendjelloul would document his search to find out what happened to Rodriguez in “Searching for Sugar Man,” an Oscar winning (2013) film NY Times critic Manohla Dargis called “a hugely appealing documentary about fans, faith and an enigmatic Age of Aquarius musician who burned bright and hopeful before disappearing.”

Having had the opportunity to watch the movie on an international flight, I couldn’t agree more with Bendjelloul who noted that “It’s a perfect story. It has the human element, the music aspect, a resurrection and a detective story.” (WAPost). I left a trailer of the film below and definitely recommend it. Sadly, for inexplicable reasons, a year after winning the Oscar Bendjelloul took his own life when he jumped in front of a train in Stockholm (The Guardian).

*Curious to read about yet another nutrition myth debunked by science? Consider the article by Aaron E. Carroll titled “Sorry, There’s Nothing Magical About Breakfast.”