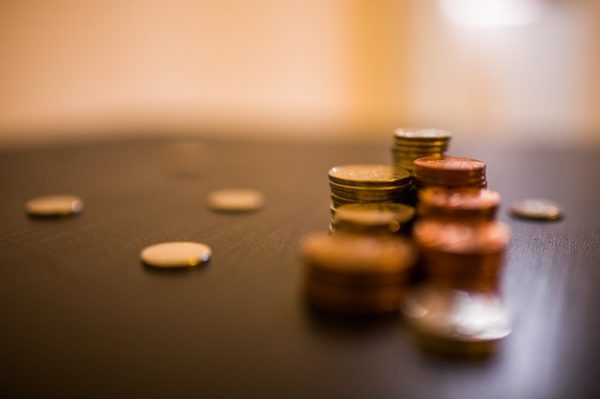 [Note: Certain details in this blog have been omitted and modified in observance of my maxim of measured authenticity. These modifications or omissions protect the innocent without altering the story.]

Recently, I and a hundred or so other attendees of a supplier conference dedicated to a new aircraft program sat in on a presentation on cost, quality and delivery. A high level executive of a Fortune 100 company opined that the low volume, high mix nature of aerospace work was being used as an “excuse for mediocrity” and that we (i.e., the aerospace industry) needed to be more like the automotive industry.

Judging by the absolute silence of the audience during the question and answer portion of the presentation, I think it’s fair to say his comments went over like the proverbial turd in a punch bowl.

I’ve documented in articles about commoditization, auctions, and ancillary revenue, that the aerospace industry is undergoing monumental changes as it attempts to improve performance while also taking cost out of its offerings.

For these reasons, when attending a supplier conference one should expect to be reminded that, in the words of Edmund Burke:

We must all obey the great law of change. It is the most powerful law of nature.

And that, in the words of General Eric Shinseki,

Still, ever mindful of the challenges posed by gravity, upon hearing a major aerospace company wants to become more like an automotive company, suffice it to say, I too was at a loss for words.

Although the market will ultimately determine whether my concerns are well founded or not, for those of us who find ourselves in industries/organizations that are trying to become more cost-focused, this might be a good time to reflect on some lessons recently learned by the automotive industry.

On May 24, 2014 a report was published to the board of directors of General Motors Company regarding their ignition switch recall (h/t Rana Foroohar’s book Makers and Takers). The redacted report (which you can read in its entirety at the NY Times) is the result of an investigation overseen by former U.S. attorney Anton R. Valukas, into the handling of the defective switch which, to date, has been directly linked to the death of 124 people and injury of 275 people (CNN).

Although the technical issues surrounding the failure are clearly documented, the report documents how GM’s cost-cutting culture impacted their organization. From pages 250-251 (emphasis my own) we learn:

The 2000s was a time of extraordinary cost-cutting at GM. The message from top leadership at GM – both to employees and to the outside world  – as well as their actions were focused on the need to control costs. We heard repeatedly from GM personnel about the focus on cost-cutting and the problems it caused. For example, an engineer stated that an emphasis on cost control at GM “permeates the fabric of the whole culture.”

Cost-cutting impacted all aspects of the business. Keeping projects on time – because of the impact on cost – became a paramount concern. One witness expressed concern that cost – and time – cutting principles known as the “Big 4” emphasized timing over quality….

Reductions in staff, especially Engineering, meant that employees were forced to do more with less. In the time leading up to the bankruptcy, one cost-cutting measure was to decrease the Engineering headcount by adding to the responsibilities of the Design Release Engineers…Witnesses stated that the reduction in force created a difficult environment in which people were overworked and the quality of their work suffered…

The cost-cutting naturally flowed through to suppliers. One cost-cutting measure in the time leading up to GM’s bankruptcy was to source parts routinely to the lowest bidder, even if they were not the highest quality parts.

Furthermore, I’m sure all of us can identify cases when cost-cutting measures, while certainly being uncomfortable to those affected, resulted in better organizations and better/more affordable offerings.

If therefore, one were to argue cost-cutting wasn’t the root cause of the incident at GM, what was?

Returning to the Valukas report for answers, it’s clear that when put into the context of GM’s organizational culture, the cost-cutting measures exacted were an accident waiting to happen. In fact, it’s in this story, at the nexus between culture and cost cutting, that I think all organizations wanting to avoid GM’s fate while changing their focus and culture can learn some lessons.

Here then, in the form of a checklist (something dear to those of us in the aerospace industry by the way), are the elements of GM’s culture that allowed it to forget its mission and values while it tended to its bottom line.

So, where does that leave those of us who happen to be working for/with organizations that are using cost cutting measures to fight for survival?

For starters, recognize this is not something you’re going to be able to change. Indeed, take it from someone who knows, businesses struggling to survive in a competitive marketplace are always going to be forced to return their focus on the bottom line.

What you can change is the culture in your organization by reminding leadership not to forget its mission and values while tending to the bottom line.

As such, if in looking at the checklist above, you find yourself checking off some or all of the elements in the list, I sincerely hope you’ll find the courage to change the things you can because, from 30,000 feet, the bottom line is a long way down.

When I return next week, in defense of the hundreds of fantastic and talented people and companies I’ve worked with over the last 30 years, I hope to convince you that the aerospace industry is anything but mediocre and that for those of us who have been a part of its successes (and failures), despite the current market challenges, we have a lot to be proud of.

Although I’ve tried to (mostly) curate our Manufacturing Peace of Mind™ playlist with less known/popular music (some of which I’m happy to say has since become known/popular) it seems an appropriate time to introduce you to the band Twenty One Pilots.

Never heard of them? Ask your kids – they’ll know and hope you’ve secured tickets to one of their sold out shows.

Reminding me of the band 311 (which I happen to see with Boingo many years ago), Twenty One Pilots is a talented group made up of two devoted Christians from Columbus, Ohio, Tyler Joseph and Josh Dun, that according to the New Yorker, gets its name from the Arthur Miller play “All My Sons,” in which a sixty-year-old man named Joe Keller knowingly ships defective airplane parts during World War II, causing the death of twenty one pilots.