Part 7 in my series on How to Improve Odds for Success. 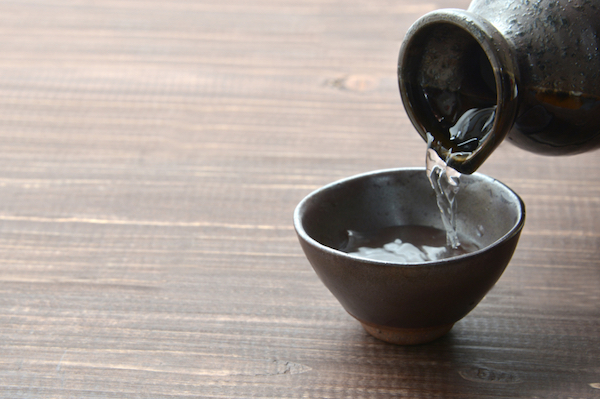 Give me a little drink from your loving cup.
Just one drink and I’ll fall down drunk. – Mick Jagger & Keith Richards

Last week, in directing our attention to the right side of what I’ve termed the “success equation,” I recommended selecting an independent variable that can be framed as a positive action over something negative. For example, someone wanting to build a success equation for losing weight would chose an independent variable such as “track food” rather than something like “eliminate carbohydrates.”

In choosing to focus on positive actions rather than those that negate or take away, one will be more apt to avoid the destructive emotions commonly associated with failure and, instead, be better positioned to develop the practical wisdom that is in fact needed for long term success. Indeed, for those of us wanting to effect change in our lives, constructing success equations with positive actions (rather than sacrifices) is one of the most important things we can do to increase our chances for success.

There are however a few other things to consider, when defining the independent variable.

As you begin your search for independent variables that lead to positive outcomes, be mindful that this truly is your success equation. What works for others may not in fact work for you. As such, be sure to pick variables that make sense for you and be OK with your decisions even if they don’t align with common convention.

How many times do you meet people who propose to effect change in their lives by investing their energy into things that have a history of not working for them? Instead of being honest with themselves and considering alternatives, they tell themselves “this time it’s going to be different” or, one of my personal favorites, “someone told me if I can make it 21 days * it will become a habit.”

I’m all for giving things another shot and have (at times) certainly benefitted from the power of habit, but when life gets messy (as it always does) the first thing I stop doing is anything I don’t really like doing. Don’t like running? It doesn’t matter how many days you’ve been out there hitting the pavement, when life throws you a curveball, you’ll have any number of reasons to skip the run. Not an early riser? How long before your resolve to hit the gym before work is diminished by a couple late nights up with a sick child?

Now, the positivity police will of course say what is needed to get you back out on the trail (or out of bed) is a glass is half full approach filled with a shot of optimism. Before succumbing to their siren song I’d simply ask you to take note of the facial expressions of runners who don’t really like running while they are running and ask: Do these people look happy to you? Alternatively, you could greet the non-early risers in your life with a morning dose of your caffeine-induced cheer and learn where the expression “poking the bear” comes from. (I do this at work by the way, and in hopes that I don’t get mauled, I call it “smile therapy.”)

Choose something over nothing

Just because the timing isn’t right or what works for you isn’t necessarily conventional, doesn’t mean you should give up on finding an independent variable to help you improve and make progress towards your goals. Remember, you’re playing the long game and, as a result, even the smallest of things can add up and, perhaps more importantly, keep you in the game for when the timing is right for something more bold.

I have quite a few friends who have horribly long commutes that hinder their resolve to get fit. For them, heading to the gym, hitting the pool, or going on a bike ride during the week is simply not a practical reality. Fair enough, but that doesn’t mean they cannot do something. Walking, calisthenics, and active stretching are all things that can be done, practically speaking, during a lunch break. What’s more, it keeps them in the game during the week so they are ready for an activity-filled weekend.

Most of you will appreciate the sensibility of this suggestion. Those of you who are Type-A personalities probably not. That’s because unless you’re busting out a 10K or spending 2 hours in the gym it doesn’t count as “exercising.” To complicate matters further, being the focused realists you are, you probably don’t care to discuss whether the glass is half full or half empty. Rather, you just care about the glass when you’re thirsty. Clearly this is a problem for those of us around you since we all know that eventually there will come a day when there won’t be any water in the glass.

So, if you’re one of those people, how do you go about selecting independent variables for your success equation? You know, the equation that had “taking care of yourself” or “spending more time with your family” as the goal for the New Year? Although this is a complicated question worthy of further discussion, for now let me just say, I think you’ve got to be honest with yourself (and others) about what fills your cup and understand there is only a finite amount of space.

Exercise is something that is incredibly important to me since it’s something that helps me through unexpected periods of melancholy and ennui and takes the sharp edges off of stress so I’m able to do better work and respond to situations with a clear head. Exercise however, doesn’t fill my cup in the same way that my family or work does. As such, while it’s in my nature to want to “train” for events so I can improve, I choose instead to set myself up for success and do simple things I can fit into my schedule. To that end, until I have more time to train for a rematch with my nemesis, for now, choosing something is better than nothing.

An excellent place to stop. Next week I’m going to discuss how to establish a timeline for your experiment. Until then, some music.

I typically leave you with something you probably haven’t heard before but, in light of the cup reference above, I wanted to leave you with one of my favorite Rolling Stones songs from my favorite album of theirs: “Exile on Main Street.” The song is called “Loving Cup” and the clip below is from a 1972 rehearsal in Montreux, Switzerland. Although the audio isn’t that great I wanted a clip that featured the band before Mick Taylor left (in 1974). Hard to believe it was just a rehearsal. What a beautiful buzz indeed!