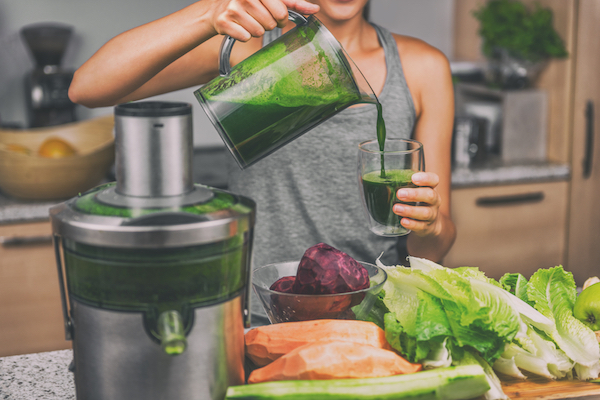 Technological change is occurring at an ever faster rate, and busy professionals, to avoid becoming irrelevant must maintain a practice of learning. Most of us know this, but between commitments at home and work we often struggle to find the time – despite the fact we always seem to find the extra hours to work on a proposal/project, make it to our kids practices/plays/games, and (possibly) get in a workout.

A few weeks ago, I offered an explanation for why this occurs and suggested that learning should not be merely viewed as some simple task to include on a daily checklist. Rather, I opined, if we want to remain relevant in today’s rapidly changing economy we’d all do well to reframe learning as a moral duty to ourselves and to our family.

Of course, in attaching the label of “morality” to learning, the battle we face also becomes reframed. No longer do we find ourselves focused on our overflowing to-do list, a manager who won’t support our efforts to learn, or a spouse who doesn’t contribute to our success. Instead, the battle we find ourselves engaged in is the one that pits us against ourselves, which, by the way, is precisely the point.

The fact of the matter is, if we’re not honest with ourselves, any tips I or anyone else may pass along about learning will have as much of a long-term impact on your life as the juicer you bought over the holiday.

So where does that leave us?

I’d propose that if we want to make learning a part of our lives we need to focus our attention in three areas.

1. Our mental habits of self-defeat.

In her book The Snowball:Warren Buffett and the Business of Life, author Alice Schroeder recounts a story of how at the close of Charlie Munger’s eightieth birthday celebration, Munger gave a speech with the following advice:

Instead of looking for success, make a list of how to fail instead—through sloth, envy, resentment, self-pity, entitlement, all the mental habits of self-defeat. Avoid these qualities and you will succeed.

In other words, instead of asking yourself how you are going to reach your learning goal, consider the bad habits you have that will cause you to fail and figure out how to avoid them. This technique of inverting problems, by the way, can be extremely helpful in other areas of life and informed the development of my three rules of the road.

Need an occasional reminder? If you have a daily notebook consider writing something on the inside cover to jolt your memory. In my own notebook I currently have a few words from Saint Ephraim the Syrian that, while not curing me of my bad habits, inspires me to do better:

O Lord and master of my life, take from me the spirit of sloth, faintheartedness, lust of power and idle talk. But give to thy servant rather the spirit of chastity, humility, patience and love.

Which, stripped of its religious underpinnings and made current translates to:

Set the phone down. Be grateful. Don’t be an ass.

Do your mental habits of defeat make you feel helpless/hopeless/trapped? I will save a possible answer to this for next week when we discuss the underpinnings of cognitive therapy (that don’t take place in a pub).

If we are going to avoid the bad habits that are likely to cause us to fail, we have to consider our environment. As I noted in an earlier piece, because we’re so deeply integrated with our environment it can have a profound impact on our overall success.

Years ago, before committing to writing this blog, I considered not just how my mental habits of defeat would work against me but also how my environment at home might do the same. With both pieces of information in hand, I then considered how I could make adjustments in my life to increase the likelihood of success. It’s because of this analysis that I get “set up” to write before I go to bed, allocate the time between 5 to 6 AM to write, and work in darkness save for the light of my laptop and keyboard.

Getting things ready the night before means I have one less activation barrier preventing me from getting started in the morning. For those of you who had planned on making this the year you were going to start exercising and are still struggling, consider getting your gear ready the day before so you’ll have one less excuse to miss your workout.

I use my early hours to write because, even when I travel, it’s the one and only time of day I own. That said, I’ve still had to make adjustments. For example, although I’ve always been an early riser, I had to wake up earlier than normal to be ready to write by 5 AM. Further, when making travel or meeting plans, I go to great lengths to protect this time. Rather than take a flight that requires me to leave the house at 5 AM, I’ll opt to leave the night before so I can have time in my hotel room to write the next morning. Returning to the example of exercise, if you’re having difficulty getting into a routine, consider working out in the early mornings rather than during the day when everyone is competing for your attention.

Finally, when I write in the morning, save for the light from my laptop and keyboard and a night light strategically placed in the kitchen so I can make my morning tea, I keep all the lights in my house off. A couple reasons: First, because I have (a few) OCD issues, by working in darkness I don’t see all the things in the house that may need picking up, rearranging, or cleaning. Second, I absolutely love to be present as the light from the rising sun slowly pushes the darkness away. Not only does it fill my soul knowing I’ve been given another day, but despite how things may have gone yesterday, I get another chance at them today.

3. The company you keep

The people you surround yourself with can have an incredible impact on your overall success and well being. Spend time around people who feed your mental habits of self-defeat, bring you down, or think only of themselves, and developing a practice of learning (or anything else for that matter) is going to be very difficult.

The good news is there is a simple solution, as noted by Epictetus:

The key is to keep company only with people who uplift you, whose presence calls forth your best.

Over the years, I’ve not just become keenly aware of this in my personal life but also in my own company where, because of our small size, I found it only takes one person with a dark cloud over his head to suck the life out of any organization. I learned much too late in life if you want to facilitate teamwork you cannot, as Reed Hastings said, “tolerate brilliant jerks.”

A number of things I wrote about this morning gave me reason to think of the poem “The Lark Ascending” by George Meredith (1828-1909). A few lines from the end of the poem:

To fill the sky and thrill the plains
With showerings drawn from human stores,
As he to silence nearer soars,
Extends the world at wings and dome,
More spacious making more our home,
Till lost on his aerial rings
In light, and then the fancy sings.

Meredith’s poem, as described in The Guardian, would later inspire the English composer Ralph Vaughan Williams to create a musical work of the same name. Today, “The Lark Ascending,” is Britain’s favorite piece of classical music and more widely known than the poem.

The video below (and the song I added to our eclectic and expanding Spotify playlist) features the fantastic Dutch violinist Janine Jansen playing the piece at Royal Albert Hall during the 2003 Proms. I’m listening to it right now just before I turn my laptop off and begin the mad scramble to get myself and my son ready for our day. What a beautiful piece of music indeed.