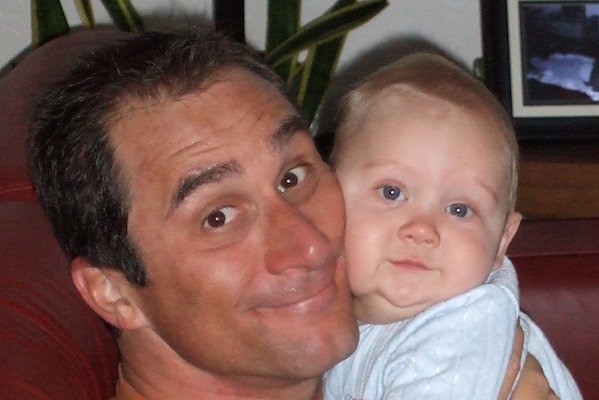 Being the 52nd weekly article I’ve written and published over the last 12 months, today’s post marks the one year anniversary of this blog. Save for a few holidays, every week, without fail, I’ve scrambled to meet my self- imposed deadline of delivering original content to you by 9 AM on Thursday morning. For those of you who have taken the time to read, I’m thankful. For those who have taken the time to contact me, after reading I’m doubly so. And for those of you who found your way here via a search for web pages with the words “wet myself” in it, terms that I now regret having used, I hope you didn’t leave too disappointed.

Today, I’d like to raise a virtual glass with you and reflect on the last 12 months and, informed by your comments, talk about where things are heading.

When I started this blog a year ago, a friend told me I should prepare myself for the solitude that comes along with writing into the dark cave known as the internet. I told her it really didn’t matter because, other than wanting to leave some record of who I am as a person to my now six-year old son, I had no expectations.

Although a personal matter that I’m not particularly proud of, please allow me to explain.

My father arrived to this country without a penny to his name nor a university degree. To that end, he had to do what immigrants before and since have had to do to make a better life for himself and his family: he worked his ass off.

When opportunity required it, my father spent time away from home. A lot of time away from home. Indeed, during one stretch while we lived in New Jersey and he worked for an Italian machinery builder, there were times when he’d be gone for more than three months at a time installing equipment at various Fortune 500 companies.

Fast forward to my parents founding Evaero. To give my father a break from running a small business that specialized in the CNC machining of complex aerospace parts, I decided to take a detour from my own career in 2001 and take over the reins at Evaero. I did so with the intention of honoring the sacrifices my father made for his family. That said, while I willingly took that detour, I made it clear I wasn’t willing to lose myself or my family in the process.

When my son was born in 2009, I mentioned to my friend Mike that I wanted to make sure he had the opportunity to know me in a manner I couldn’t get to know my own father. Mike advised me to write a letter to my son in lieu of a gift for his first birthday – a letter telling him how much I loved him and describing my current state of affairs and frame of mind. I could then file the letter away with the purpose of having someone give it to him after I’ve passed on. I thought it was a great idea and committed myself to doing just that.

It pains me to the point of tears to say this but….when the time came for my son’s first birthday I didn’t make the time to write that letter and, as a result, feared the worst. I feared that in my struggle to keep our business afloat, I had forgotten the promise I made to myself back in 2001.

With that as a wake up call, since then, I’ve made a lot of changes in my life to course correct; in fact, much of what you’ve been reading over the last year has come as a result of this journey.

But there was still the matter of the missing letter.

The birth of Evaero’s Manufacturing Peace of Mind™ blog

As mentioned previously, Evaero has never been about selling things, we’ve always been about making things. Consequently, the thought of putting my time and effort into a standard corporate blog never appealed to me. B-O-R-I-N-G.

It wasn’t until I considered the possibility that this blog could serve as a proxy for the letter I failed to write my son that I reconsidered. This thought cemented my commitment to create content for Evaero’s blog for a year and since my very first article (Kindness and Creative Altruism in Business), I have regarded each article written as a gift to my son.

But a funny thing happened along the way.

A total of eight people took the time to visit our site in that first month a year ago.

Halfway through, in June, despite the fact that we’re a small business in a staid industry and I don’t participate in any social media of any kind, that number crossed 1,000 for the first time.

That’s a lot of gifts.

Between then and now I’ve heard from a lot of you who, after reading one article or another, have felt compelled to contact me personally and offer commentary or thanks. I was brought to tears when a widow emailed me after reading a piece that included a story about her deceased husband; I’ve been elated when some of the authors I’ve mentioned have connected to say hello; and I’ve been humbled when someone has told me that for whatever reason, a piece has made a difference in their life.

Thanks for stopping in. I’m incredibly grateful and, unless I run out of things to write about, I’ve signed on for another year and hope you’ll come along for the ride.

In case you’re interested, here are the top three articles visited over the last 12 months.

Some of you have also informed me that you’ve bought some of the items referenced in the blog.

Here are the top three:

I’ve reflected on some of the feedback I’ve received to help me steer the plan moving ahead and my sense is that:

An even greater six years watching my son grow up knowing he’ll learn much more than I’ll ever know.

What a wonderful world friends.